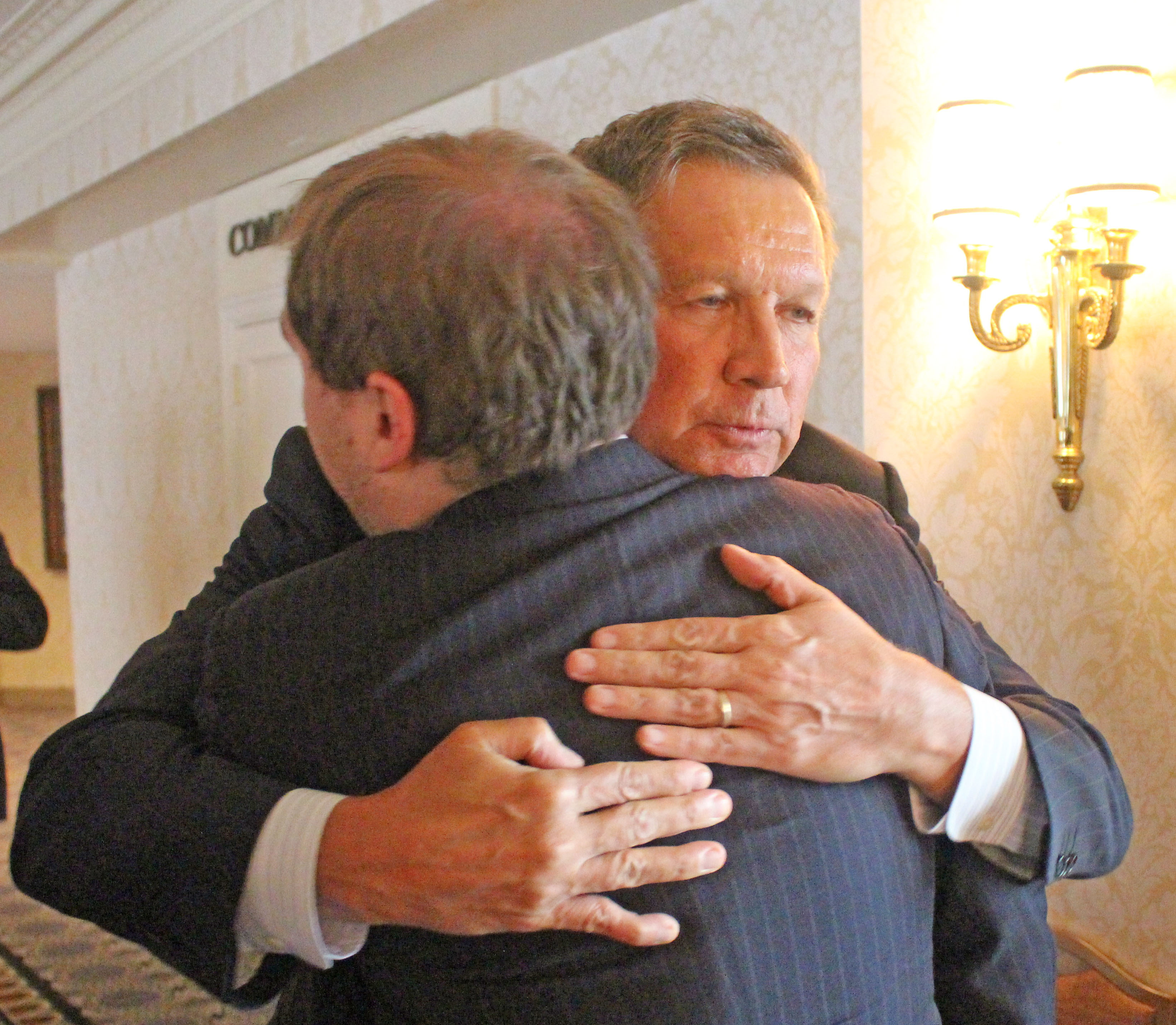 Gov. Kasich Gets Personal on Autism

Published by James Trout on June 25, 2015
Washington, June 25 – During Gov. John Kasich’s speech at the Road to Majority Conference on Friday, he talked about the importance of embracing people with disabilities. He stated that people on the Autism spectrum should very much have access to healthcare without bankrupting their families. As someone on the Autism spectrum, I recognized the importance of this statement, especially since so few elected officials talk about it. Although the number of people diagnosed on the Autism spectrum is growing in droves, it is an issue that still is often not adequately addressed by our public officials or business leaders.

After Kasich’s speech, I thanked him for mentioning Autism in his speech, letting him know that I myself am on the Autism spectrum. The governor responded with a large and genuine hug. He told me that God was looking after me. Seeing this personalized side of a presidential candidate, I was very touched.

Later speaking to the Columbus Dispatch, I told the reporter I was grateful that Kasich’s speech gave attention to people on the Autism spectrum but there needs to be more people talking about the issue. Disability rights is a nonpartisan issue and it’s necessary for all the presidential candidates to talk about this important topic affecting 56 million Americans.

James Trout is a Fellow with RespectAbility, a nonprofit organization working to empower people with disabilities to achieve the American dream. Diagnosed with Asperger’s at age 15, Trout joined RespectAbility because he wants to work in an environment that helps people with disabilities successfully achieve employment. Prior to joining RespectAbility, he held several internships including with Senator Charles E. Schumer and the Office of Emergency Management at the U.S. Department of Health and Human Services. Trout has a Bachelor’s degree in Political Science from American University. In the fall, he will be attending George Mason University studying Transportation Policy Operations and Logistics.