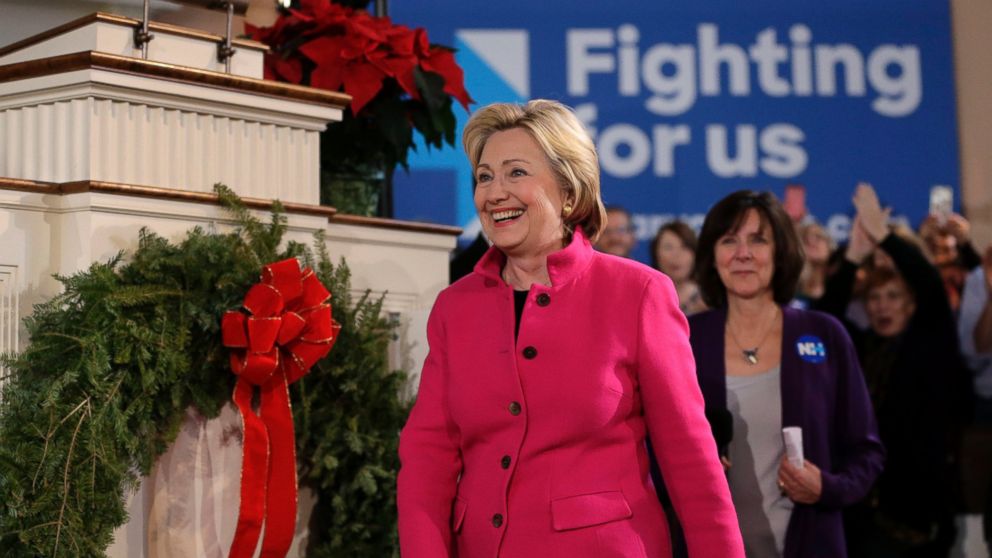 Published by Lauren Appelbaum on December 31, 2015

Washington, Dec. 31 – Presidential hopeful Hillary Clinton announced she will be unveiling an autism plan, making her the first candidate to do so.

“I’m actually rolling out a plan about autism in about a week, where I talk about all the different things that we need to do to try to support families and people who are diagnosed as on the autism spectrum,” Clinton said Tuesday in Portsmouth, NH.

When a young boy, whose dad works with people with developmental disabilities and has an uncle with autism, asked the former Secretary of State how she would help people with disabilities, she talked about her work with the Children’s Defense Fund.

“I was very proud when the United States became the first nation in the world to open schools to people with disabilities,” Clinton said, going back to her stock answer when asked any question about disabilities. She talked about finding “blind kids, kids in wheelchairs, and kids with behavioral problems” and working to ensure they could go to school.

She then touted the Americans with Disabilities Act, to great applause, before saying more work needs to be done.

“Now we have to do more to make sure that we provide supportive housing, that we support families,” Clinton continued. “The biggest concern that people tell me about when they children with disabilities, and particularly with autism, is what happens when they’re no longer there to take care of their children.”

Nearly everyone in the audience raised their hand when Clinton asked how many people knew someone with autism. The Centers for Disease Control that shows that one out of every 68 children have some feature that places them on spectrum for autism disorders.

When she unveils her new plan in January, Clinton said she will talk about new opportunities for people with disabilities “so that they can go as far as their talent, their hard work, their skills will take them.”

At the same town hall, Clinton also talked about the need to remove the stigma from mental illnesses and enforce mental health parity law after the mother of a 16-year-old boy with mental illness in an in-patient program told Clinton about her fights with her health insurance company for treatment.

“We need to remove the stigma and enforce the law so that you get the quality and the number of treatments you need, whether it’s out patient or in-patient,” Clinton continued. “I’m going to work with the mental health community which has laid out an agenda about how we get this right once and for all, because it’s not fair to the person suffering and it’s certainly not fair to the families who are are trying to cope with that suffering and get the medical care that is needed.”

She also said talked about medical research learning more about how the brain operates, which will play a role in helping people with mental illness as well as people with Alzheimer’s. Last week Clinton called for spending two billion dollars a year on Alzheimer’s research in a bid to find cure by 2025.