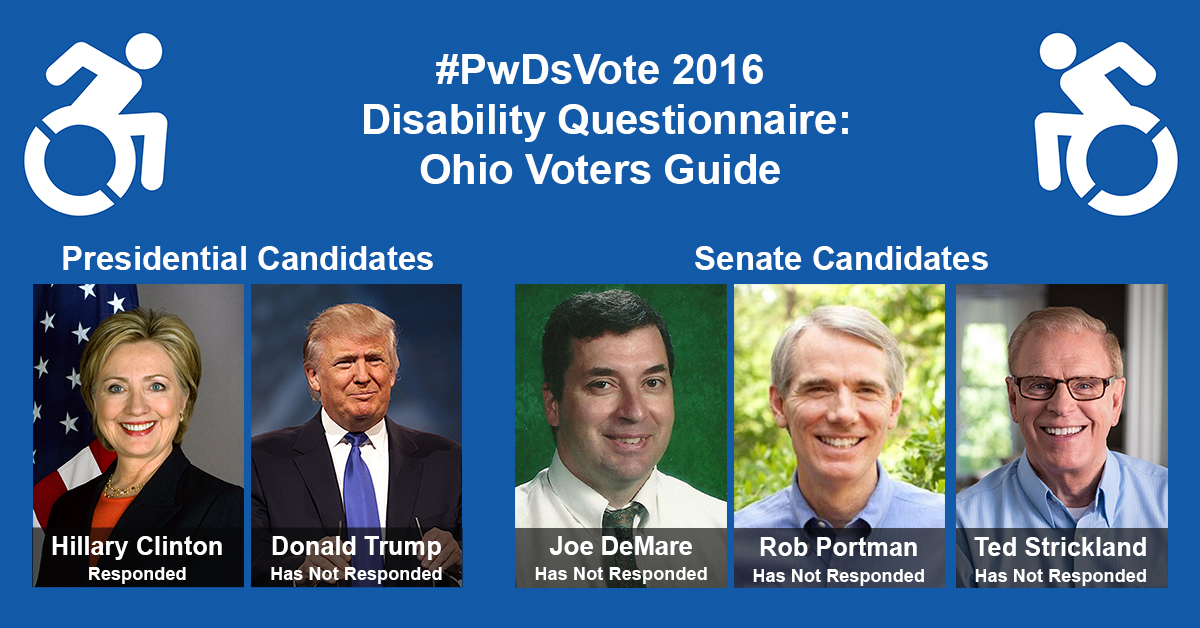 Washington, Oct. 15 – As voters get ready to head to the polls in Ohio, Respectability is releasing its Ohio Disability Voter Guide for the upcoming senate and presidential elections. Democrat Ted Strickland and Republican Rob Portman are seeking the senate seat. Unfortunately for the 1,555,348 people with disabilities in the state of Ohio, neither have completed the #PwDsVote Disability Campaign Questionnaire for Senate and Gubernatorial Candidates for people with disabilities. Green Party candidate Joe DeMare requested a copy of the questionnaire but has not yet returned a response.