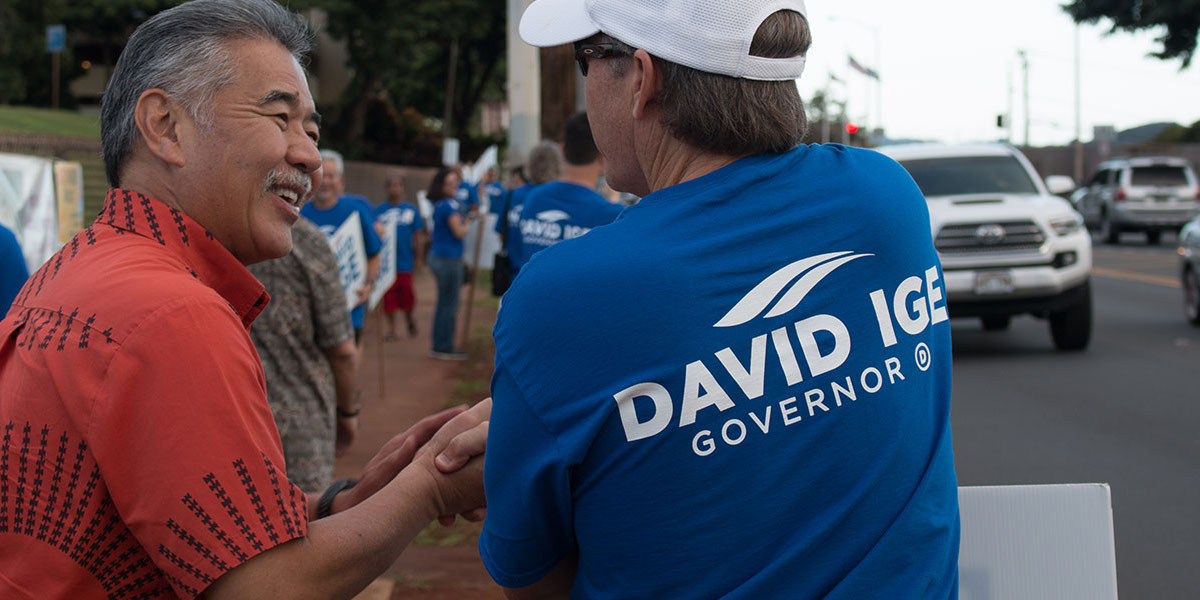 810 Hawaiians with Disabilities Leave the Workforce

Since his election in 2014, Gov. David Ige has been committed to helping people with disabilities get jobs. Last October, Gov. Ige allocated the Department of Labor and Industrial Relations (DLIR) $2.5 million so DLIR can invest it in youth disability workforce development. In Summer 2016, Ige hired 223 young people of disabilities in temporary government jobs.

Last year, as part of his reelection campaign, Gov. Ige completed RespectAbility’s nonpartisan candidate questionnaire. He emphasized the key important of fighting stigmas and advancing opportunities in the Aloha State. “A key area of policy that is working to reduce stigma and advance independence for people with disabilities is in the employment arena,” he wrote in his response. “We see employment of people with disabilities as a civil rights issue and closing the employment gap is a key strategy that will benefit the entire community.”

Those comments echo the commitment to Hawaiians with disabilities articulated in a proclamation issued by Gov. Ige for National Disability Employment Awareness Month.

“People with disabilities are productive and loyal, and deserve the same opportunity to earn an income and achieve independence like anyone else,” Gov. Ige wrote. “The State of Hawai’i has a vested interest in increasing the inclusion of people living with a disability by providing access, meaningful services, and improved outcomes for all citizens at the state, county, local, and private sector levels.”

Beyond Hawaii, how is the workforce changing for people with disabilities? What is driving these changes? The answer is simple. According to Vincenzo Piscopo of the Coca-Cola Company: “People with disabilities bring a unique skill set that it is very valuable for companies.” He went on to add, “As it relates to employment and competitiveness in the workplace, we have to stop thinking of disability as a liability and start thinking of it as an asset.”