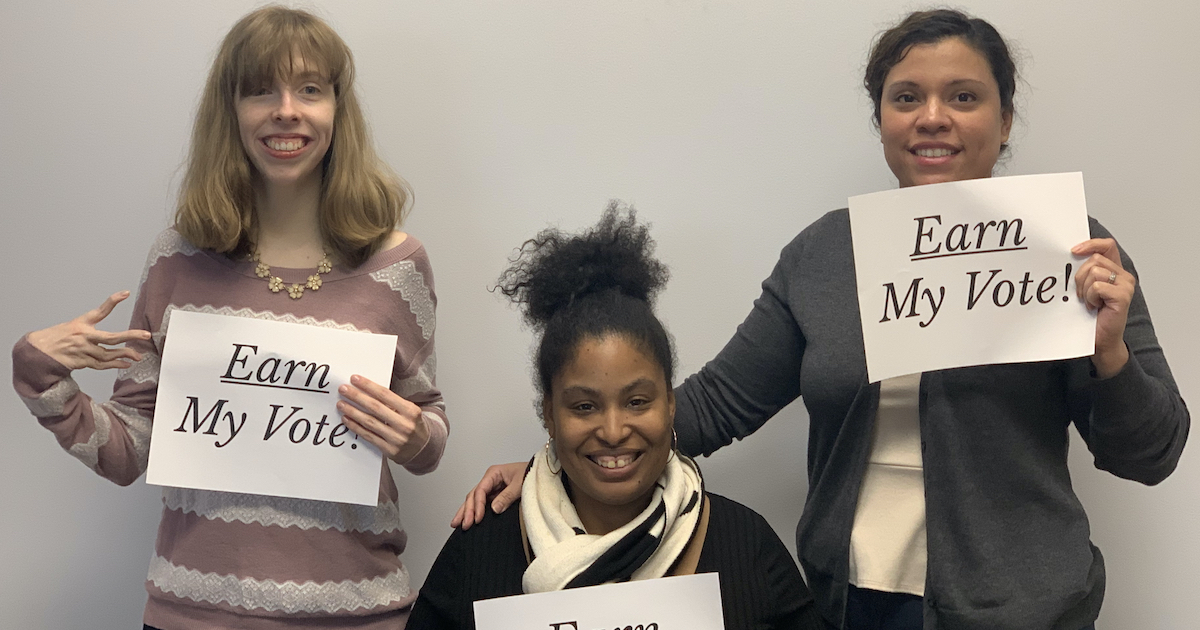 Published by Angelica Vega on September 24, 2019

Washington, D.C., September 24 – Voting is a constitutional right. Voting enables us to shape the government in a way that represents the diversity of the United States.

According to the Census Bureau, every 1 in 5 Americans has a disability – making this group one of the largest marginalized populations in the country. The incidence of disability increases as people age, as according to the CDC fully 1-in-4 adults has a disability. Disabilities impact people of all races, ethnicities, sexual orientations and gender identities, and faiths, and anyone—due to accident, illness or aging—can join the disability community at any time in their lives.

Despite these hopeful statistics, there was still a 4.7 percent gap in voter turnout rate between people with and without disabilities. For a lot of Americans living with a disability, and especially for people of color, accessibility and voter suppression still plague our voting system. Lack of accessible parking, limited use of accessible entrances and ramps, last-minute polling site changes and strict identification requirements are some of the major issues that lawmakers, activists, community members and voters need to address in the 2020 elections. Moreover, many campaign events and websites themselves are not accessible to voters with disabilities, as has been documented and reported on in www.TheRespectAbilityReport.org. Indeed, even today not a single presidential candidate has a website that is completely accessible to people with disabilities, although the one from Julián Castro is close.

If voters with disabilities had a similar voter turnout rate as voters without disabilities of 54 percent in 2018, another 2.35 million voters would head to the polls, according to the Rutgers report. We should strive to continue making progress in this way until we can get all our citizens to the polls.

The 2020 Democratic presidential candidates currently have a platform to draw national attention to disability issues. Topics such as the economy, employment, education and healthcare are deeply connected to the disability community. Yet for all of the previous democratic presidential debates, no candidate has directly addressed the disability community during a debate, ignoring a sizable portion of the entire U.S. population.

The midterm election was a momentous occasion in America’s election history. Not only were more women and people of color elected to Congress than ever before, but voter turnout rate approached levels previously only reached in presidential elections. But there are still fundamental barriers in our voting system that we need to address if we wish to enfranchise all citizens, especially those in minority groups. Presidential candidates should listen and include people with disabilities into their policy platform. Voting rights shouldn’t be treated as a luxury for the few – it should be treated as the right that it is and made accessible for all.

Although we are looking ahead toward the 2020 election, there still are competitive state and local races within states like Louisiana, Kentucky and Mississippi in 2019. Below are a few resources to learn more about voter registration or to get involved with the movement:

Nonpartisan Political Resources with a Focus on Disability Issues