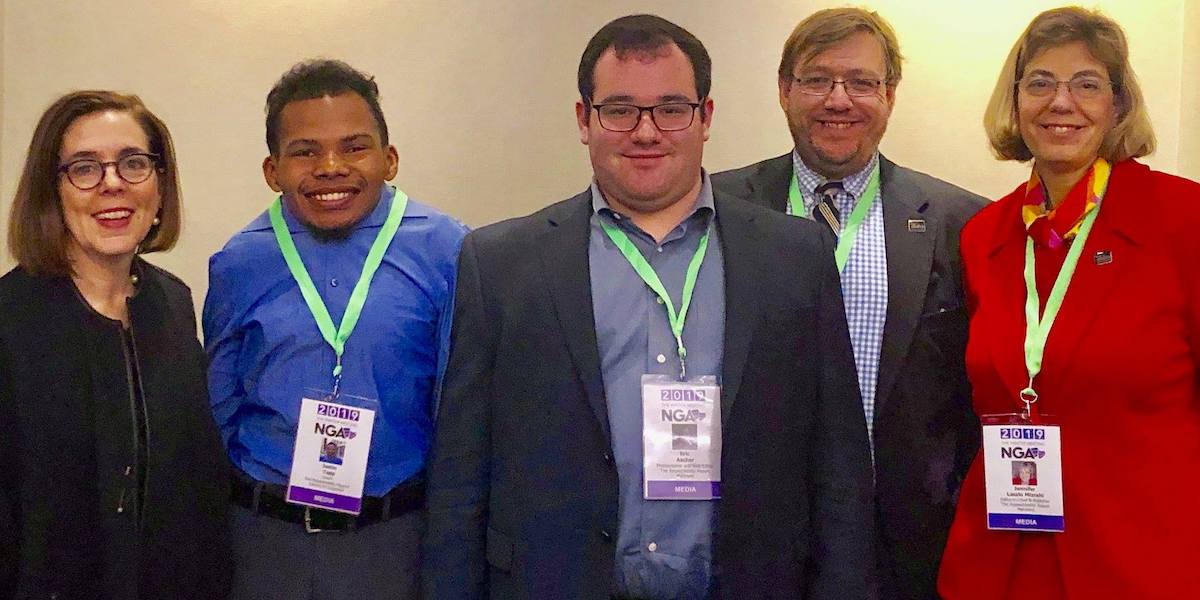 Further analysis by the nonpartisan advocacy group RespectAbility shows that Oregon has dropped from 19th in the nation for employees with disabilities to 26th as other states have outperformed the Beaver State during the same time. Said Jennifer Laszlo Mizrahi, president of RespectAbility, “It is exceptionally bad news that as things have improved nationally for people with disabilities, that Oregon has taken such a big step backwards. People with disabilities want jobs, just like anyone else.” Mizrahi recently met with Oregon Governor Kate Brown to discuss these issues.

Elected for a new four-year term, Gov. Kate Brown says she is deeply committed to improving outcomes for her constituents with disabilities.“Workplaces welcoming talents of all people, including people with disabilities, are a critical part of our efforts to build an inclusive community and strong economy,” Gov. Brown wrote in a proclamation celebrating Disability Employment Awareness Month last October. “In the spirit of the Americans with Disabilities Act (ADA), Workforce Innovation and Opportunities Act (WIOA), Individuals with Disabilities Education Act (IDEA) and Oregon’s Employment First initiative, we can improve and expand access to education and opportunities for people with disabilities to integrate into the workplace.”

Brown adds, “By working together to open doors of opportunity for all Oregon residents, including for those with disabilities, we can help fulfill the promise of our great State.”

Many of the essential building blocks are in place for great success among job seekers with disabilities. In January 2018, new rules were announced to advance the state’s Employment First policies putting the highest priority on employment opportunities for youth with disabilities. Likewise, Project SEARCH, a nationally transformative school to work transition program for youth with disabilities, has been expanded across Oregon with a new effort at the Portland Water Bureau. At SEARCH sites in Eugene, Clackamas and Hillsboro, young people with disabilities have the chance to explore careers in the expanding healthcare industry.

Beyond Oregon, how is the workforce changing for people with disabilities? What is driving these changes? The answer is simple. According to Vincenzo Piscopo of the Coca-Cola Company: “People with disabilities bring a unique skill set that it is very valuable for companies.” He went on to add, “As it relates to employment and competitiveness in the workplace, we have to stop thinking of disability as a liability and start thinking of it as an asset.”