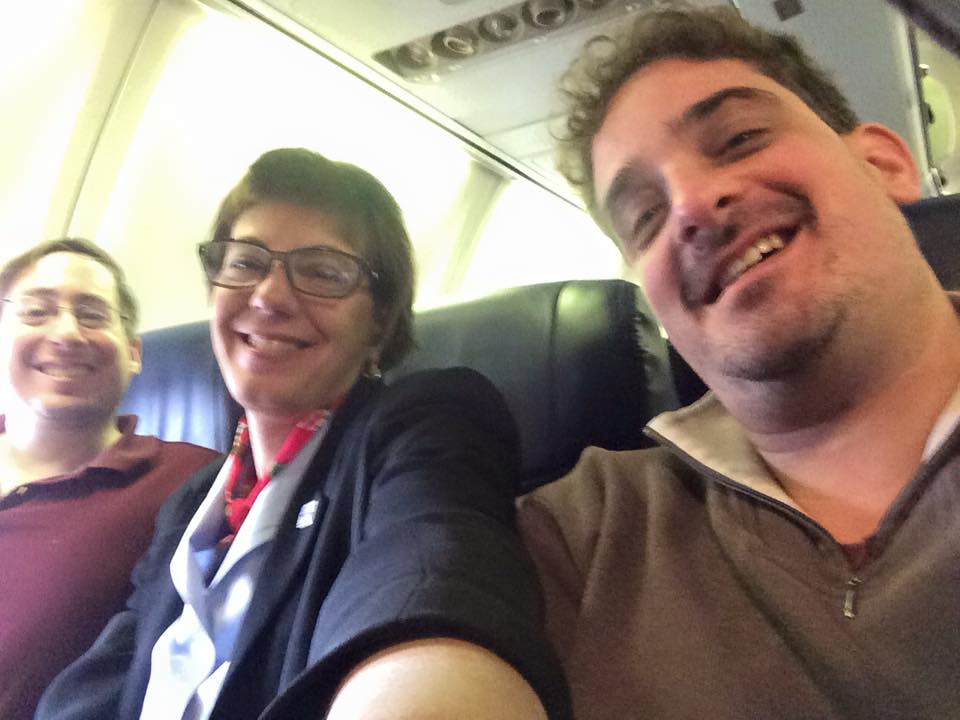 Spotlight on Ben Spangenberg: On the Campaign Trail with a Wheelchair

Published by Ben Spangenberg on February 8, 2016

Concord, N.H, Feb. 8 – Large crowds, bitter temperatures and snow present challenges to a wheelchair user like me; those were inconveniences I encountered at every event on my recent Iowa trip, but they pale in comparison to the issues people with disabilities deal with throughout the United States every day.  Now I am in New Hampshire, still pressing candidates to talk more about policies that effect the disability community. Fully 70 percent of the 56 million people with disabilities nationwide are not employed. People in the disability community encounter poverty, dependency and stigma. I am honored to bring these issues to the attention of presidential candidates, many of whom are unaware of the daunting challenges people with disabilities face.

My passion for politics started during the 1992 presidential election. I was 10 and my mother would not let me watch soap operas and Jerry Springer-type talk shows. We did agree that I could watch CNN’s election coverage though. I loved the competitive back and forth between the campaigns. I was hooked.

Ever since, I dreamed of having the ability to actually participate on the presidential campaign trail. I jumped at the chance when RespectAbility offered me the opportunity to travel around the early primary and caucus states, meeting with presidential candidates.

I’ve attended numerous rallies and met many presidential candidates. Never have I gone to so many events from such a diverse ideological background, ranging from Sen. Ted Cruz to Sen. Bernie Sanders. My inner political nerd was beaming.

My Iowa trip is best described as a whirlwind. A typical day lasted 13 hours, which included waking up early to drive three-and-a-half hours, attending a morning rally, driving another four hours across the state to make it to a town hall for another candidate, then waiting outside by the candidate’s bus to make sure I asked every question I could. Most memorable among these hectic days was the day I travelled to a Secretary Hillary Clinton rally in Davenport, Iowa, on the Illinois border, then rushed back to Winterset, Iowa, for an overflowing Cruz event. I couldn’t get into the main room, so when the event was over, I rushed from my spot in the overflow room to his “Cruzin’ to the Caucus” bus and waited in six degree weather for an hour to ask Cruz my question. His staff invited me into the greenroom and I had a several minute substantive conversation with him.

Days before I arrived in Iowa, the Des Moines Register reported some caucus locations may be inaccessible to people with disabilities. The issue became a top priority for us at RespectAbility. I was glad to see every candidate, Democrat or Republican, pledge to do what they could to make sure Iowans with disabilities could participate in the caucus. I was also heartened to hear candidates from across the ideological spectrum provide thoughtful answers to questions on a range of issues from employment, to crimes against people with disabilities, to SSDI reform.

I could not help but notice the effect we are having on the candidates. RespectAbility is there asking questions of candidates about disability and an amazing thing happened. The candidates’ answers have become more direct and more thoughtful. I even was able to attend the event where Hillary Clinton released a major plan for the Autism community. The fact is, campaigns know that people with disabilities are attending their events, asking questions and they better have good answers prepared. Because of the work I am doing, presidential candidates are preparing policies on mental health, employment of people with disabilities and benefits reform that will help others in the disability community who did not have the opportunity that I have.