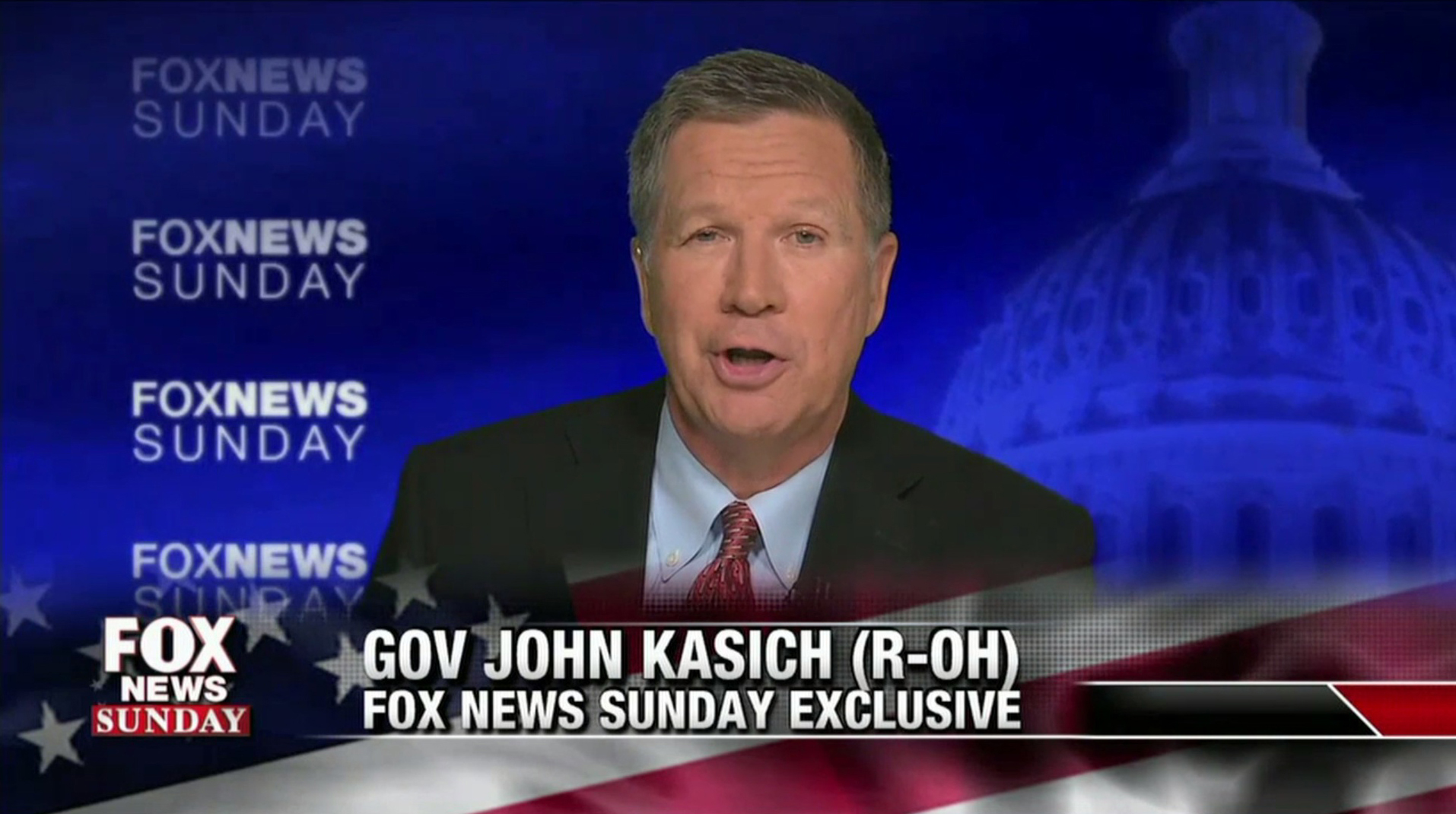 Published by Lauren Appelbaum on August 2, 2015

Washington, August 2 – Speaking on Fox News Sunday, Ohio Gov. John Kasich defended his support of a Medicaid expansion under ObamaCare, arguing that expanding Medicaid helps people with disabilities, leaving beneficiaries better off, which is “the moral thing to do.”

“It is important that we do not ignore the poor, the widowed, the disabled,” Kasich said. “I think there’s a moral aspect to it.”

The Republican presidential candidate also said that lending a “helping hand” is a conservative principle.

“Conservative principles mean that in the United States of America, every once in a while we give a helping hand to somebody to get out of the ditch so they then can live their God-given purpose.”

Previously, speaking at the Faith and Freedom Coalition’s Road to Majority Conference in June, Kasich discussed his plan to grow jobs not only for the poor and minorities but also for people who are mentally ill or developmentally disabled.