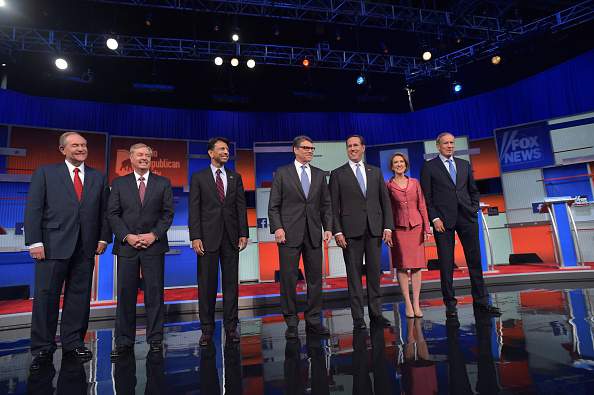 GOP Debate: Give Americans a Hand Up, Not a Handout

Published by Lauren Appelbaum on August 7, 2015

Cleveland, August 7 – During Thursday’s earlier Fox News Debate, Martha MacCallum asked the Republican presidential hopefuls about a top issue among not just people with disabilities but many voters – economy and jobs – for people who are receiving government assistance because of economic or disability needs.

“Eighty-two million Americans over the age of 20 are out of the workforce,” MacCallum began. “Forty-five million people in this country are on food stamps. Nine million are on disability. All of these numbers have been rising sharply in recent years. There is an increasing willingness in this country to accept assistance. How do you get Americans who are able to take the job instead of a handout?”

While the candidates mentioned Americans’ desires to work, none of them specifically talked about helping people who are on disability.

“I think America is dying to work, you just need to give them a chance,” Sen. Lindsey Graham replied before attacking Democratic contender Hillary Clinton.

In a follow-up conversation with The RespectAbility Report following the debate, the senator of South Carolina proposed a plan for getting people with disabilities back to work while letting them keep their government disability benefits.

“I don’t want to punish people who want to work,” Graham said. “I want you to get back up on your feet if you can. I want you to enter the workforce and not have to worry about losing your benefits.”

“Under my presidency, we’ll create jobs and make America the number one manufacturing country in the world,” the former senator of Pennsylvania said. “If we want to create jobs for the folks that you’re talking about, who are having trouble getting off government benefits, primarily because of their low skill level, there is no better way — it’s worked for 100 years in America — putting people back to work in manufacturing is it.”

Gov. Jim Gilmore stressed that by growing the economy, people will not need to rely on benefits.

“We’re going to grow the economy so that we can give people better opportunities so they don’t have to rely exclusively on benefit types of programs,” the former governor of Viriginia said. “Some do, but many Americans are dying to have an opportunity to grow and to create something inside this economy.”

Talking to The RespectAbility Report following the debate, Gilmore added, “If you grow the economy strong enough so that there’s lots and lots of work for people, I think people with disabilities would be sought after in order to fill a variety of different kinds of jobs.”

Gov. George Pataki said a cultural change is not necessary to end dependency.

“When I ran for governor of New York, one in 11 of every man, woman, and child in the state of New York was on welfare,” the former governor said. “On welfare. Think about that.”

“And people said ‘you can’t win, you can’t change the culture,'” he continued. “But I knew that good people who wanted to be a part of the American dream have become trapped in dependency because the federal government and the state government had made it in their economic interest not to take a job because the benefits that they didn’t work were better. I changed that. But we allowed people to keep health care. We put in place child care support.”