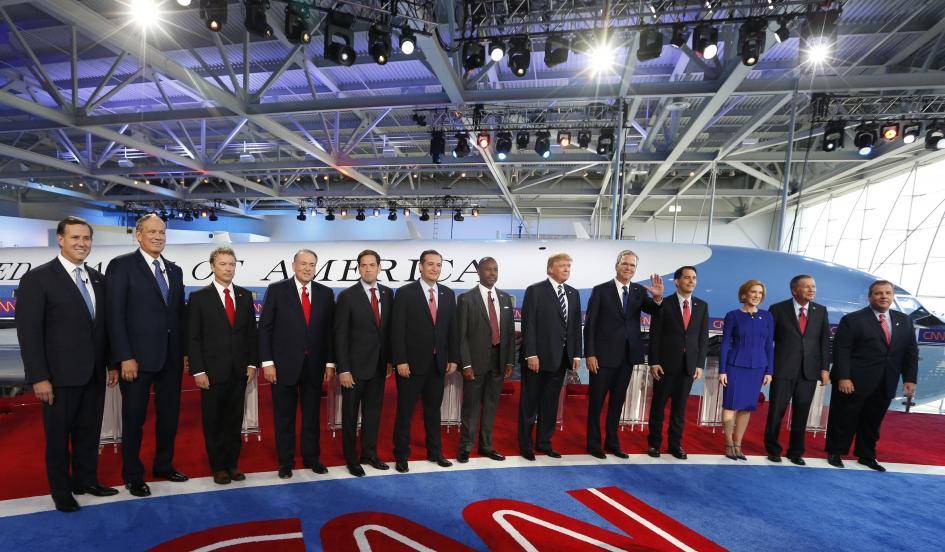 Washington, Sept. 18 – In a conversation over state versus federal rates legislating the legality of marijuana, several Republican presidential candidates brought up the issue of cannabis oil for children living with epilepsy, a neurological disorder characterized by recurrent seizures.

Sen. Rand Paul claimed both former Gov. Jeb Bush and Gov. Chris Christie would put a mother in jail for giving her child cannabis oil. Both Bush and Christie denied the allegations.

“In Florida, Gov. Bush campaigned against medical marijuana,” Paul claimed during the CNN Debate Wednesday evening. “That means that a small child like Morgan Hintz (ph) that has seizures is failing on non-traditional medications, is not allowed to use cannabis oil.”

Paul continued, focusing on Christie, “If a young mother is trying to give her child cannabis oil, medical marijuana, for seizure treatment, [Gov. Christie] would put her in jail if it violates federal law.”

“If they’re going to say we are going to enforce the federal law against what the state law is, they aren’t really believing in the Tenth Amendment,” Rand said of Bush and Christie. “Colorado has made their decision. And I don’t want the federal government interfering and putting moms in jail who are simply trying to get medicine for their kids that need it.”

Both Bush and Christie said they support medical marijuana but not recreational use.

Maria La France of Iowans for Medical Cannabis warns against not viewing the two as very different uses.

“There is a clear distinction between medicinal use of cannabis and recreational marijuana, and a great disservice is done when the two issues are confused,” La France said. “Presidential candidates need to realize that we are talking about medicinal use. If a voter asks about access to medical cannabis and a candidate talks about recreational use, they are doing a disservice to suffering Americans with multiple sclerosis, cancer, autism, epilepsy and others.”