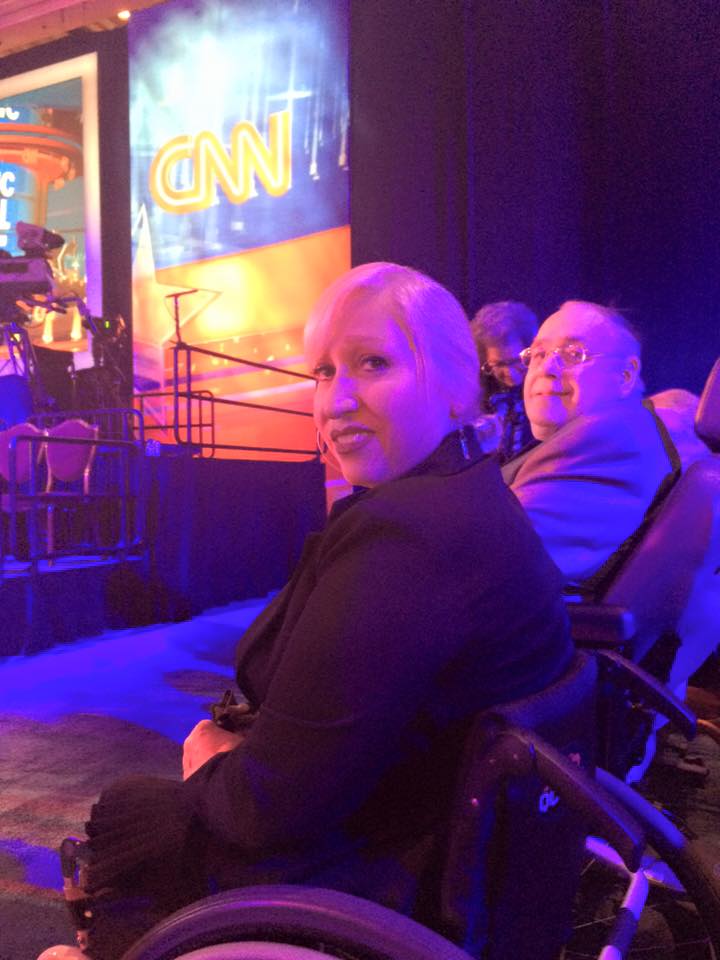 Published by Lauren Appelbaum on October 16, 2015

Las Vegas, Oct. 16 – At this week’s Democratic primary presidential debate, the Webb campaign invited several people with disabilities to attend as their guests. According to the campaign, they wanted to offer the tickets to people who would normally not have the opportunity to attend such an event.

“I have no words to express my excitement at the debate,” Martha Mosher, who had polio as a child, said. “I had a blast!”

Mosher, who works as an administrative assistant with Nevada’s Bureau of Vocational Rehabilitation, thanked the Webb campaign for their generosity. 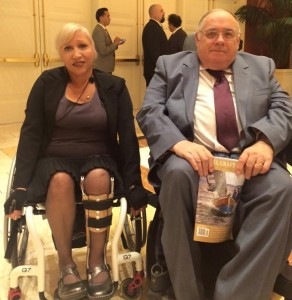 Paul Gamble, a rehabilitation counselor at the Bureau of Vocational Rehabilitation, also received a ticket from the Webb campaign.

“It is gratifying to know that a former member of the U.S. Senate believes in disability inclusion and shows that belief by the actions he takes,” Gamble said. “Thank you for championing the cause of inclusion for those who live with physical and mental disabilities.”

Both Mosher and Gamble used a wheelchair, and the Webb campaign worked with the debate location Wynn Hotel and Casino to ensure that their guests would have easy access to seating.

There are 357,035 people in Nevada with a disability. Nationally, one-in-five Americans has a disability. Even though people with disabilities make up the largest minority group in America, presidential candidates do not often talk about disability issues. Yet, this constituency has the power to swing an election.

“The political world is still pretending this culture doesn’t exist, excluding the possibility that our future president of the United State could be a person with a disability,” Mosher said. “We have too many talented disabled people out there that are still in the dark, because of fear due to low self-stem, dependence, and society rejection.”