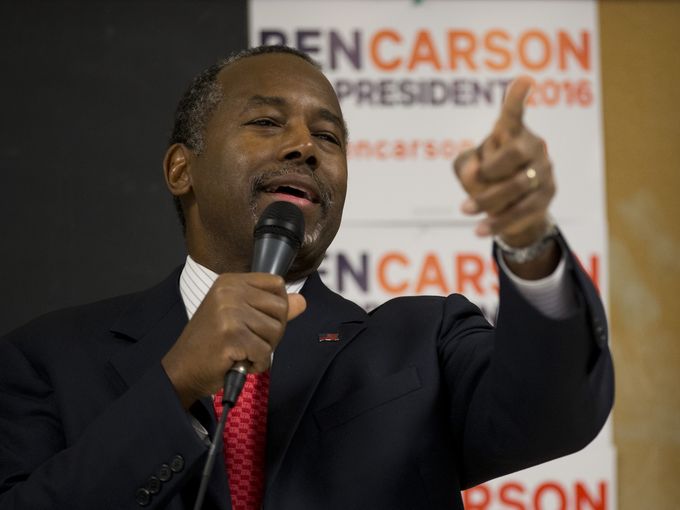 Published by Ben Spangenberg on January 10, 2016

Des Moines, Iowa, Jan. 10 – Dr. Ben Carson has previously called for privately funded organizations, not the government, to help people with disabilities gain employment. This past Wednesday in Panora, Iowa, the presidential hopeful reiterated the need for work, stating “too many people have an incentive not to work, when low wage jobs pay less than government benefits.”

While he did not specify people with disabilities, they fall into this broad statement. Fully one-in-five Americans have a disability and polls show that most of them want to work. Yet 70 percent of working-age Americans with disabilities are outside of the workforce. This leads to poverty and costs taxpayers billions of dollars in disability benefits.

When made aware of the possibility that Iowans with disabilities may not have the opportunity to caucus, the Republican presidential hopeful said he’d bring the issue up with the Iowa Republican party.

“I’ll bring that up,” he said to RespectAbility’s Ben Spangenberg, who uses a wheelchair and needs accessible entrances, bathrooms and a path free of snow to get from a parking lot into a building. “Absolutely. I can’t even imagine why they would do that.”

As reported by The Des Moines Register, next month’s first-in-the-nation caucuses may not be accessible to all.

The Iowa caucuses are the first presidential nominating contest in the country, but they’re organized by the state’s political parties and aren’t run like typical elections. That means many of the rules and procedures in place to ensure access in a traditional election may not apply.

While most caucuses are held in public buildings like schools and community centers – places very likely to feature accommodations for the disabled – some are still held in private homes, which may not. Even something as simple as whether a caucus location has direct, snow-shoveled access from the parking lot to the front door could make a difference for a disabled person wishing to participate.

This was not the first time Carson took a strong stance on disability issues. Previously Carson proposed bold changes to the Veterans Administration, including health savings accounts, the option to receive medical care at civilian or DOD facilities in addition to traditional VA hospitals, portable healthcare funding and timely disability claims.