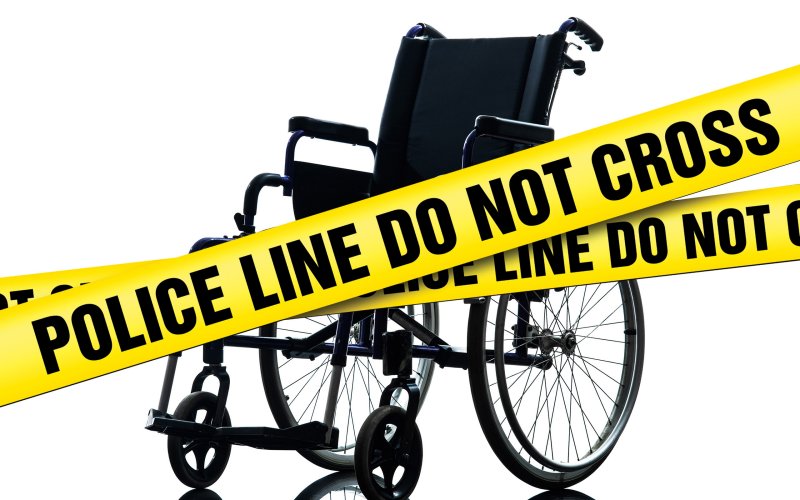 Published by Lauren Appelbaum on January 19, 2016

“There needs to be a concerted effort to address the systemic racism in our criminal justice system.”

Not mentioned – PwDs, who are more likely to be victims of police attacks than people without disabilities.

A Supreme Court amicus brief filed by the ACLU in San Francisco v. Sheehan stated, “a review of available reports indicates that at least half of the estimated 375 to 500 people shot and killed by police each year in this country have mental health problems.”

While the vast majority of officers only want to protect the community they patrol, officers not properly trained in dealing with PwDs are bound to make mistakes.

When Freddie Gray died in police custody in Baltimore, much attention was paid to his race but less was paid to the fact he was an individual with a disability. It is well documented that Gray had lead poisoning as a child. While we are still trying to understand the full ramifications of lead poisoning, advocates and studies say it can diminish cognitive function, increase aggression and ultimately exacerbate the cycle of poverty that is already exceedingly difficult to break. In Gray’s case, racial discrimination is compounded by disability discrimination. And Gray’s death was not an isolated incident, with similar cases across the country.

This does not even take into account people with other disabilities who were improperly handled by police, due to insufficient officer training. For example, police may think people with epilepsy, diabetes, cerebral palsy or disabilities resulting from a stroke are instead intoxicated or using drugs – and therefore subjected to unnecessary force by officers.

Likewise, too many innocents of all abilities and races are being killed. And still, we recognize and value the role of police and the good intentions of the vast majority of those in law enforcement.

Police must be trained in how to respond to individuals with developmental disabilities of all races. People who communicate, think, learn and emote differently must have the accommodations, supports and guidance needed to level the playing field. This also means that civil workers in a city like Baltimore in which hundreds of children have sustained lead poisoning must receive training to ensure public safety for all citizens. It is also vital for children of ALL backgrounds to get the testing and services they need to determine if they have a disability and to enable early intervention that can bring successful outcomes.

“One out of three African American men may well end up going to prison,” Clinton said during last night’s debate. “That’s the statistic.”

This “one in three” data point is actually quite outdated. It was a projection based on outdated statistics – the 2001 incarceration rate for African American males – that assumed the rate would remain unchanged. However, it has declined. By how much, though, is unknown since a new study has not been completed due to budgetary constraints.

A statistic not mentioned last night is that 32 percent of federal inmates say they have a disability. Furthermore, 40 percent of people in jails are people with disabilities.

Sen. Bernie Sanders called out a reason for why the African American incarceration may be so high. “Who is satisfied that 51 percent of African American young people are either unemployed, or underemployed?”

Well, 70 percent of people with disabilities of working age are unemployed, and very little is being done to change either statistic. Furthermore, African American children with disabilities are far less likely to get the screening and services they need for early interventions that can help them succeed in jobs and in life.

However, as women and minorities still have a long way to go, they have been able to make significant strides in joining the workforce. Yet the gap in workforce participation between those with and without disabilities has increased dramatically.

Ongoing low employment expectations, negative stereotypes and a lack of appropriate transition services combine to lead to lives of isolation, poverty, poor health outcomes and higher rates of both victimization of, and crime by, PwDs. Additionally, students with disabilities are far more likely to drop out, leading to increased likelihood of incarceration.