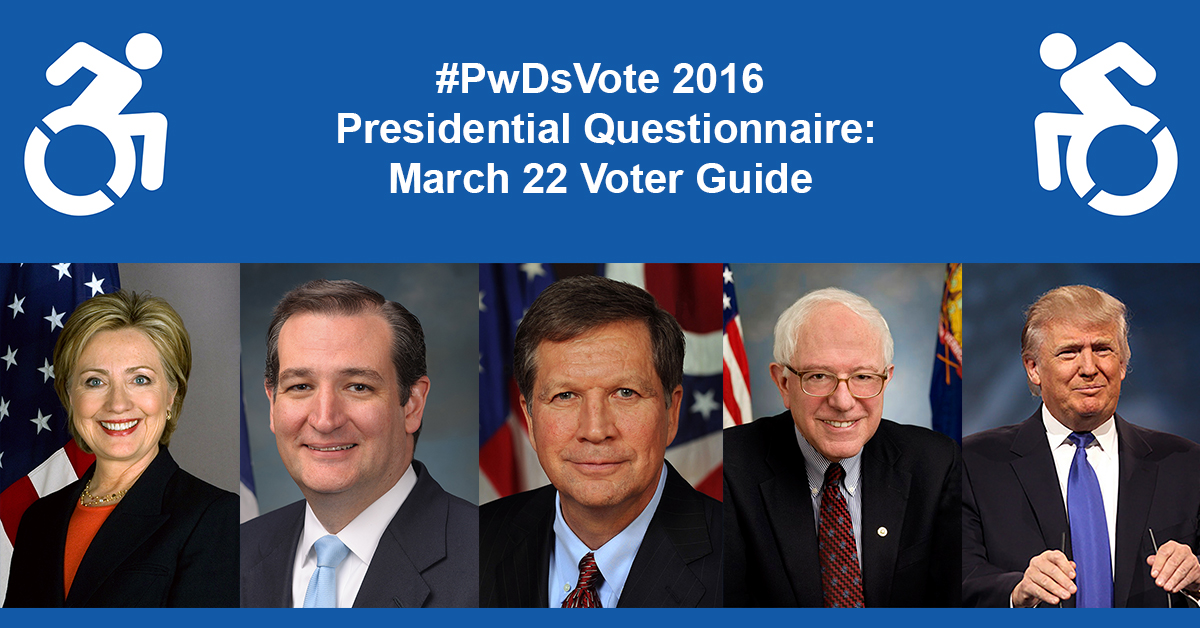 Published by Lauren Appelbaum on March 22, 2016 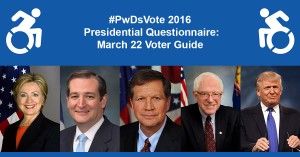 Washington, March 22 – As voters head to the polls in Arizona, Idaho and Utah today, RespectAbility released its March 22nd Disability Voter Guide. The #PwDsVote 2016 Campaign Questionnaire was designed for people with disabilities (PwDs) and those who love them to know where candidates stand on the issues. The questionnaire asked all of the presidential candidates on both sides of the aisle to comment on 16 disability questions. Former Sec. of State Hillary Clinton and Sen. Bernie Sanders responded by addressing all of the questions, and Ohio Gov. John Kasich filled out parts of the questionnaire. They each have significantly different views on the issues. Despite numerous requests in person and by phone and email, the campaigns of Sen. Ted Cruz and Republican frontrunner Donald Trump have not yet filled out the questionnaire.

RespectAbility says they will continue to urge Cruz and Trump to submit their ideas for the disability community. The questionnaire is being distributed to more than 50,000 people who care about disability issues, more than ten thousand of whom live in the early primary states and the heads of more than 100 national disability organizations, many of whom will share with their own lists. RespectAbility also has placed online ads sharing the questionnaire.