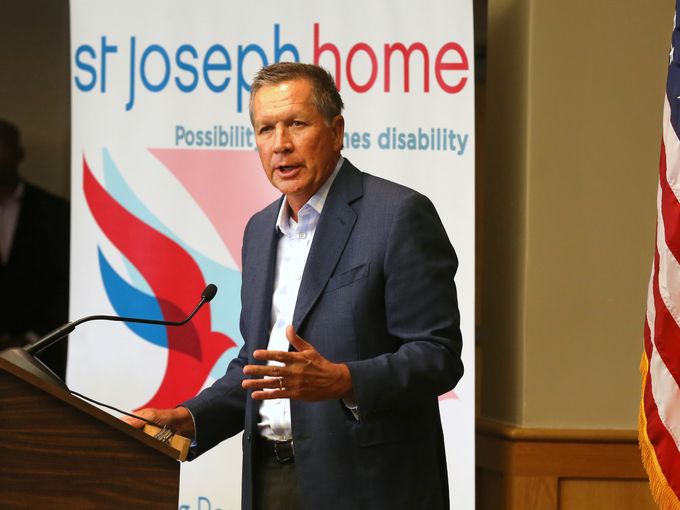 Cleveland, July 18 – Ohio Gov. John Kasich is not attending the Republican National Convention, even though it’s taking place in his state. The former Republican presidential hopeful, who has not endorsed presumptive Republican nominee Donald Trump, says he is focusing on his state instead.

Kasich often talked about disability issues while on the campaign trail and recently signed into law two bills addressing developmental disabilities for the state of Ohio.

“Helping Ohioans with developmental disabilities has been a priority and I’m pleased to sign House Bill 158 and House Bill 483 to help us build upon our progress,” Kasich said in a Facebook post. “Thank you to Rep. Jonathan Dever and Rep. Ron Amstutz for their leadership. We are showing the nation the good we can achieve by working together, across the aisle.

House Bill 158 replaces all phrasing of “mental retardation” in the Ohio Revised Code with “intellectual disability.”

Diana Mairose, a 38-year-old with Noonan syndrome, has been advocating on behalf of the developmentally disabled for 14 years. At the signing, she told Cincinnati.com that she views the formal removal of the “r-word” as a momentous accomplishment.

“Language is universal. We have to be consistent and have respect. It’s a word we need to stop using all together,” Mairose said at St. Joseph Home of Cincinnati, a facility with equipment and staff dedicated to children and adults with development disabilities, the location of the signing.

The other bill, House Bill 483, includes an expansion of early intervention for children under the age of three and of direct nursing (medical staff that are not nurses would be able to administer medicine).

“This means people can be more active, see their friends and family and be more involved in their community,” Mairose added.