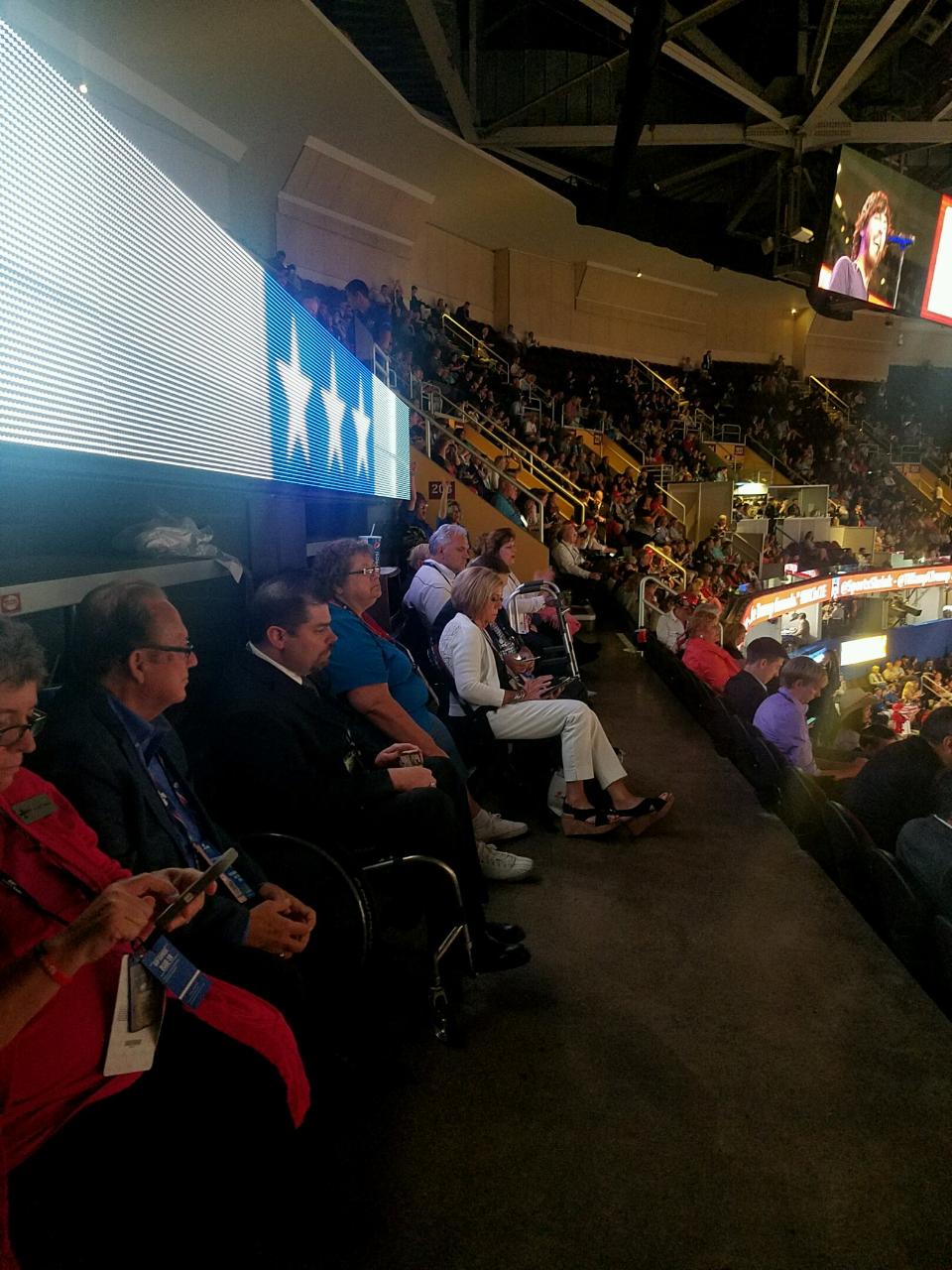 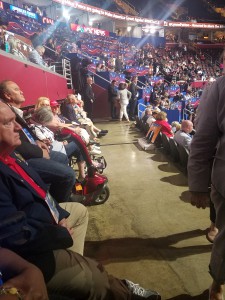 Note: RespectAbility, a nonpartisan nonprofit, is attending both conventions. We sought out attendees with disabilities to hear their thoughts about the convention. In this piece, we take a look at physical accessibility concerns.

Cleveland, July 22 – While disability rights have not been discussed during the Republican National Convention, delegates and guests with physical disabilities have found the convention to be fully accessible.

“I’m amazed, they got ramps everywhere they need a ramp, and they have been overly protective and helpful,” said Kay Durdan of Florida, who uses a wheelchair.

Fully 44 percent of Republican voters self-identify as having a disability or having a family member or close friend with a disability.

“I think it’s wonderful they’ve been so caring,” added Marilucile Conce of Tennessee. “And they’re very attentive, and they help you, they don’t depend on you to do it yourself. They push the wheelchair and they’re very mannerly.”

Delegates who requested were able to bring their own personal care assistants or assigned volunteers to help them throughout the large convention area.

“This young lady Gwen here, she’ll get me anything she can get me,” said Amanda Downing of Louisiana, who is partially mobility impaired. “They’ve been gracious and wonderful.”

“They’ve just gone out of their way to be accommodating, take you to wherever you need to go, with a wheelchair or whatever it is you need. They let your companion or whoever you have to help you come along and sit with you, which is a big help.”

She also extended her thanks to the city of Cleveland.

The only complaint about accommodations for physical disabilities our reporter received was about the bathrooms.

“The bathroom situation hasn’t gone well at all,” explained Dale Crafts of Maine, a wheelchair user. “Most people when they went to use the restrooms they take the handicap stall. They’re always busy or they’re out of service or they’re not clean. So that’s my biggest complaint. I’ve had a really hard time finding a toilet to use.”

“Other then that, it’s been pretty good,” he added. 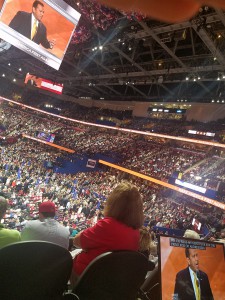 However, for people who have visual impairments, we were unable to verify if attendees had an option for visual descriptions of videos shown throughout the convention.

Donald Trump and his surrogates have yet to detail any plans concerning people with disabilities. But, delegates with disabilities were pleased to have received accommodations needed in order to be included in the convention.