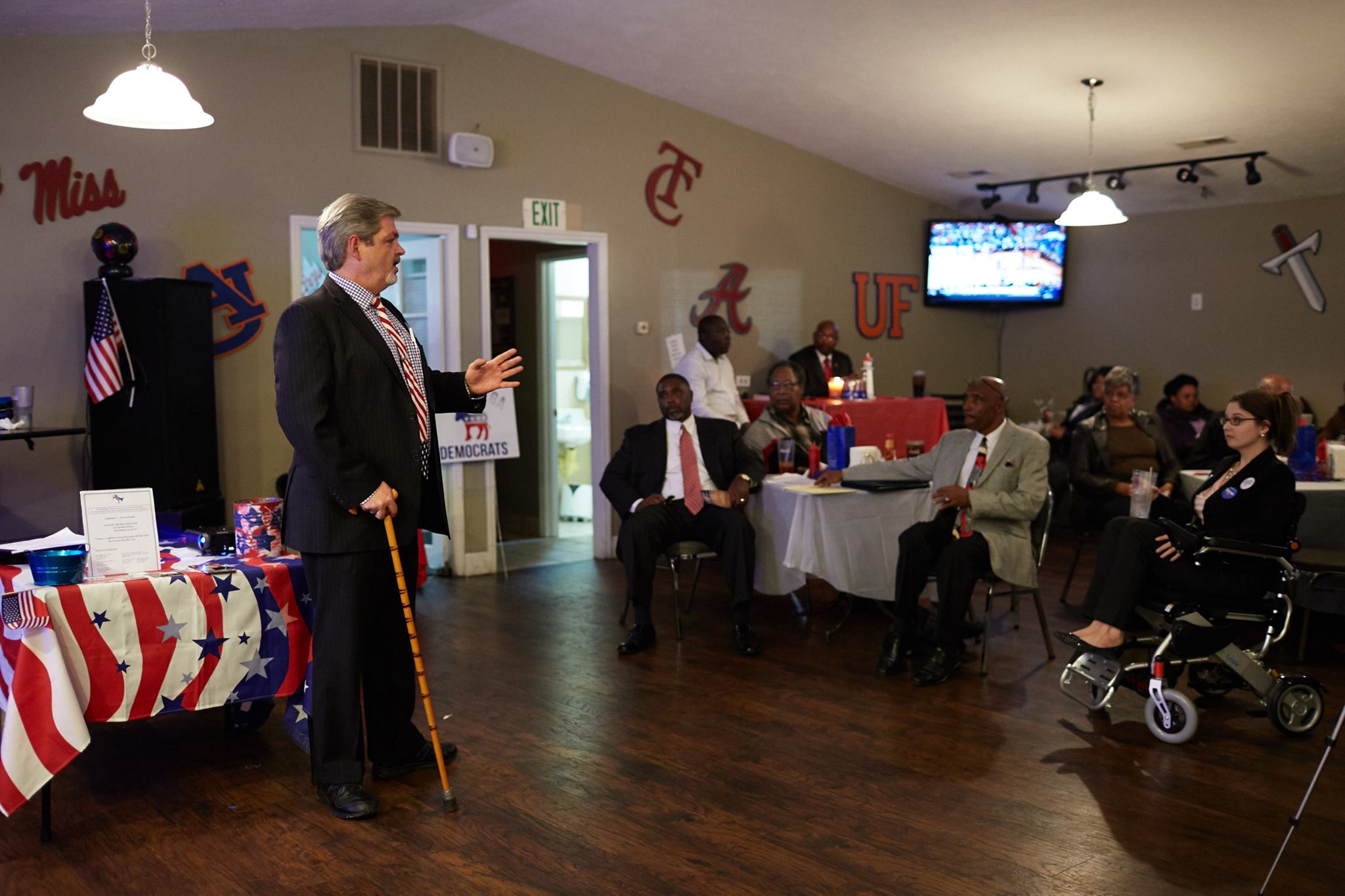 Published by Lauren Appelbaum on September 28, 2016

Washington, Sept. 28 – RespectAbility, a nonprofit organization working to empower people with disabilities to achieve the American dream, has asked senate candidates on both sides of the aisle to fill out a questionnaire on disability issues. Ron Crumpton, a Democrat challenging incumbent Sen. Richard Shelby for the U.S. Senate seat representing Alabama, responded to the #PwDsVote Disability Campaign Questionnaire for Senate and Gubernatorial Candidates for people with disabilities.

Only 27 percent of Alabama’s working-age people with disabilities are employed. This lack of opportunity creates poverty, powerlessness and even can increase the likelihood of developing a mental health condition.

While Crumpton did not answer each question individually, he sent a letter addressing several of the issues brought up in the questionnaire including education, employment, healthcare and caregivers. He also talked about how his own disability and that of his nephew influence his views.

RespectAbility also has sent the questionnaire to the campaign of incumbent Republican Sen. Richard Shelby, who is running for re-election. We will post his response when we receive it.

We are presenting Crumpton’s full letter below:

I myself suffer from disabilities due to spinal stenosis and cervical spine disease and have a nephew, who lives with me, that has Cerebral Palsy, so I understand the issues facing those with disabilities.

As an activist, I have worked on issues ranging from providing service dogs to children with multiple disabilities, increased monitoring in schools and care facilities, issues concerning Medicaid and medical marijuana.

The rights of our community are just as important as rights of any other, and I will be proud to champion those rights in the United States Senate.