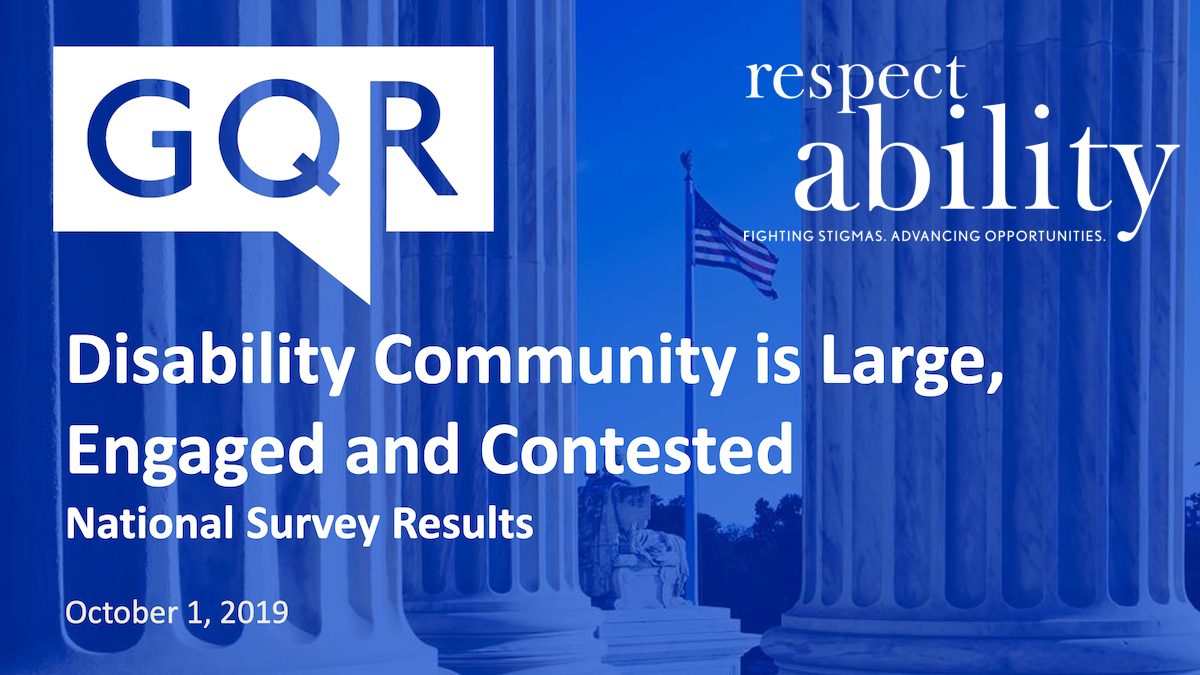 Majority of Voters Have Disability Connections

Rockville, Maryland, Oct. 10, 2019 – A new poll reveals that 85 percent of registered voters say it is very or somewhat important to them that presidential candidates have campaign events and websites that are open and accessible to people with disabilities, just like everyone else. Voters with disabilities themselves are more enthusiastic about participating in the 2020 elections (52 percent), four points higher than the national average. Despite both of these data points, none of the presidential candidates on either side have made their websites and social media fully accessible to voters with disabilities.

This poll occurred at the same time as the Supreme Court denied a petition from Domino’s to hear if the company is required to make its website accessible for people with disabilities. A blind man named Guillermo Robles sued the pizza chain after he was unable to order food on the company’s website and mobile app utilizing screen-reading software. Now, Domino’s will need to maintain accessible sites. Without accessible sites, people with disabilities can be shut out of substantial portions of the economy – or the political process.

Read the Survey Results in Full

The poll also found that a majority (51 percent) of the nation’s electorate either have a disability themselves (15 percent), are related to someone who has a disability (26 percent) or have a close friend with a disability (11 percent). Previous polling suggested that the disability community narrowly supported President Donald Trump over Secretary Hillary Clinton in the 2016 election. This 2019 poll suggests that those with disabilities and their family and friends now are leaning slightly toward backing the Democratic candidate. They also are slightly more likely to lean Democratic than voters without a connection to disability; however, it is important to note that they are not a monolithic block.

In terms of policy, huge majorities of Americans across the political spectrum (73 percent) say they are more likely to support candidates for elected office who ensure that children with disabilities get the education and training they need to succeed, and similar majorities (70 percent) describe themselves as more likely to support candidates who want to expand job and career opportunities for people with disabilities.

“Candidates for office ignore the disability community at their peril,” said former U.S. Representative and Dallas Mayor Steve Bartlett. Bartlett, who was a primary author of the Americans With Disabilities Act of 1990 and is the board chair of RespectAbility. “People with disabilities are politically active voters, and candidates should take note of the important issues they care about.”

This online national survey was conducted by Democratic polling firm Greenberg Quinlan Rosner on behalf of RespectAbility of 2,000 registered voters from September 18 through September 24, 2019.