Joe Biden’s Message to Voters with Disabilities: “Dignity and Opportunity”

Washington, D.C., June 29 – Former Vice President and Democratic Presidential Nominee Joe Biden had a clear message for the disability community this past week: “Everyone is entitled to a life of dignity and opportunity.” In a video message played at POWER: the Disability Vote, a national, nonpartisan Disability & Election Virtual Summit hosted by the American Association of People with Disabilities (AAPD), Biden spoke about his legislative record in the Senate and his vision for advancing disability rights if elected President.

Speaking of his legislative efforts as a Senator from Delaware, Biden talked about working on the passage of the Rehabilitation Act of 1973 in his “first year in the Senate.” This law, which specifically prohibited “discrimination on the basis of disability in programs conducted by federal agencies,” created the legal environment that directly lead to the mobilization of the disability rights movement. Biden then talked about the passage of the Fair Housing Amendments Act (FHAA) of 1988. This law explicated added people with disabilities to the categories of people protected from discrimination “in housing sales, rentals or financing.” Lastly, he spoke with great pride about being counted among the cosponsors of the Americans with Disabilities Act in 1990.

END_OF_DOCUMENT_TOKEN_TO_BE_REPLACED
AAPC Webinar: The Swing Voter Bloc You Might Be Overlooking 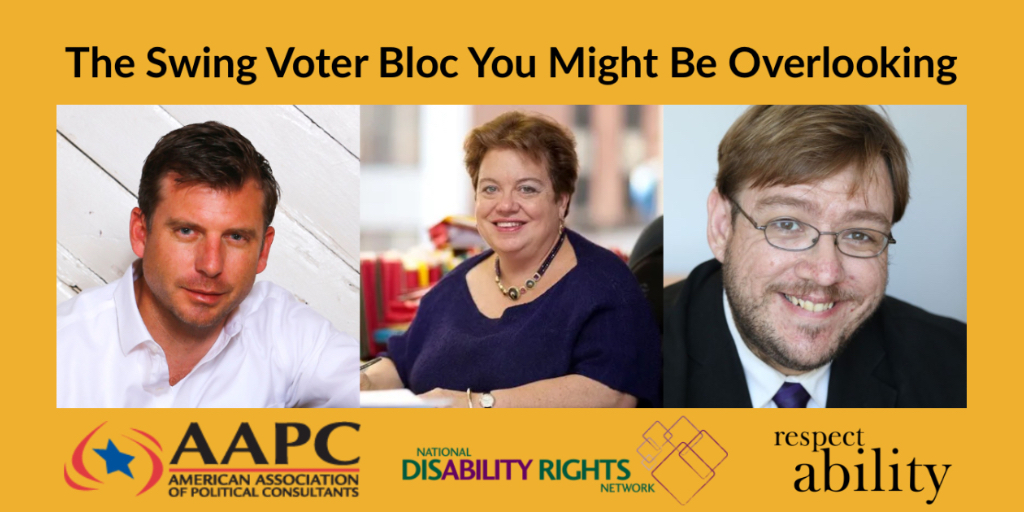 AAPC Webinar: The Swing Voter Bloc You Might Be Overlooking

Every vote counts and persuading swing voters to support your candidate or cause can be key for successful campaigns. There’s one swing voter bloc that you might be missing though: voters with disabilities. With more than 19 million registered voters, you’ve likely interacted with this community without even realizing it. Join us for this educational seminar to learn more about this voter bloc. Walk away with: