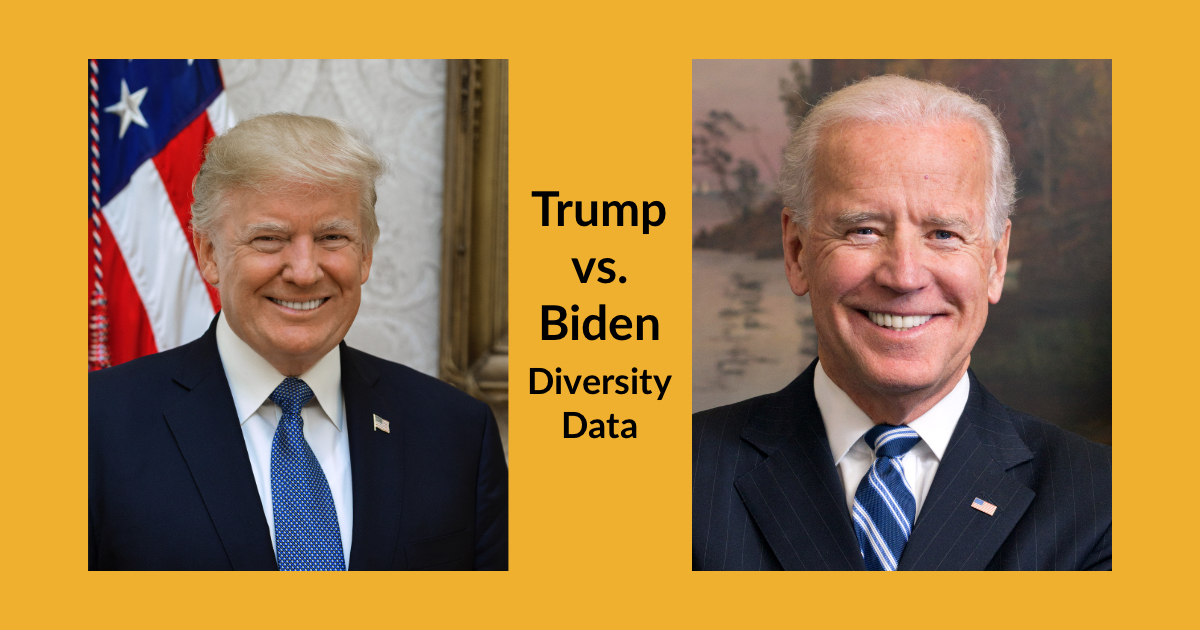 Washington, D.C., July 12 – After increased calls to disclose campaign staff diversity data, both the Biden and Trump campaigns released the diversity statistics of their teams, showing that less than half of their full-time and senior staffs are comprised of minorities. Noticeably absent from the data that has been reported is the percentage of each team with disabilities.

The push for the release of these statistics came amidst a renewed pressure for companies, organizations and campaigns to publicize their internal diversity data so as to confront inequalities that may exist within their systems – a topic that has come to the forefront of discourse following the murder of George Floyd by Minneapolis police last month.

According to the US Census, fully one-in-five Americans has some sort of disability, and including family members, those with close friends with disabilities and those who work on behalf of volunteer for a disability cause, that number jumps to 63%. Research from the 2018 election shows that this group serves as 74% of the likely voter population.

In an article from the RespectAbility Reported titled “Nine Tips for Political Candidates: How to Connect with Voters with Disabilities,” authors Lauren Appelbaum and Hon. Steve Barlett share that, “’Nothing without us’ is more than a slogan in the disability community. People with disabilities have a lot to bring to the table. True, they might need accommodations to get to the table in the first place. But most accommodations are free or cost less than $500.”

While the Biden campaign job postings do ask about identity regarding gender, race and if applicants identify as LGBTQ, disability is noticeably absent from this list. Sources within the disability community indicate that the Biden campaign was previously hiring for a Disability Coordinator, but this position is no longer listed on their job site – indicating that they are likely interviewing for or have filled this role. The Trump campaign’s job site does not appear to offer an equivalent position.

The Biden campaign revealed their disability platform on May 28, which can be found on their website. The Trump campaign does not yet have a detailed disability-specific policy plan available to view, although as of July 7, the administration broke its silence on disability issues with a video message delivered by Lara Trump, the President’s daughter-in-law, at POWER: the Disability Vote, a national, non-partisan Disability & Election Virtual Summit hosted by the American Association of People with Disabilities (AAPD).