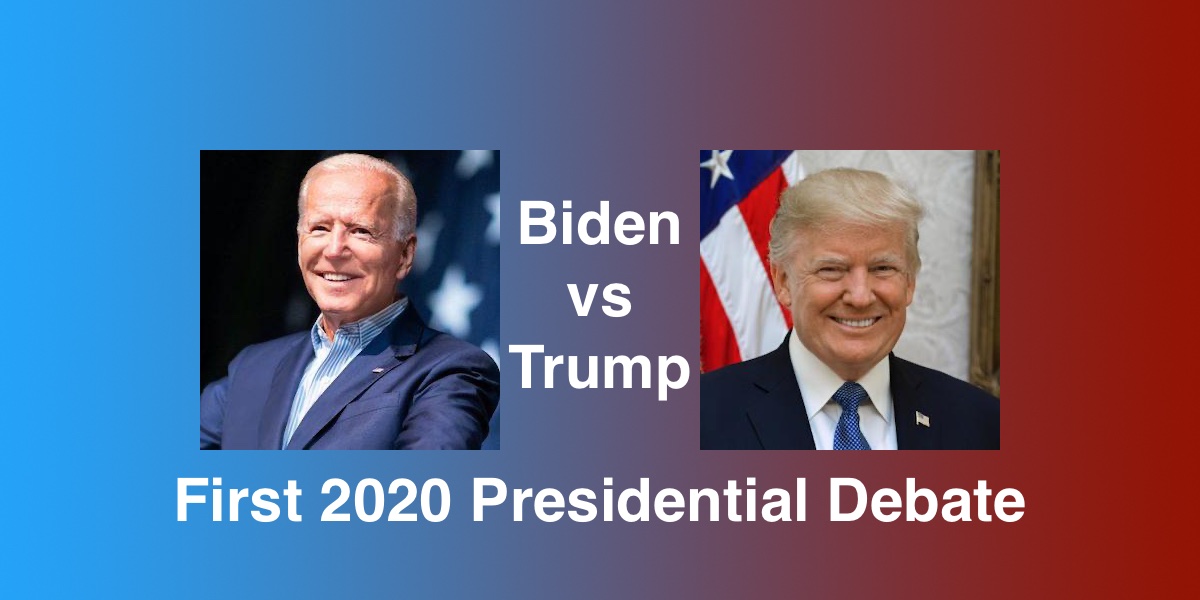 Published by Philip Pauli on October 2, 2020

Washington, D.C., Oct. 2 – When former Vice President and current Democratic nominee Joe Biden faced off against current President Donald Trump at this week’s debate, many important topics of conversation were neglected. Critically, the widely watched and discussed debate ignored many of the issues most important to the 60 million American living with some form of disability.

As has happened in past debates, the most explicit mention of disability-related issues came in the context of the candidates debating about their radically different visions for healthcare access in America today. Former Vice President Biden expressed concern in the debate that President Donald Trump wanted to “strip 20 million people of their healthcare….and 100 million people who have preexisting conditions would lose their healthcare as well.” Speaking at Case Western Reserve University in Cleveland, Ohio for the first of three scheduled presidential debates this year, the President countered by wildly speculating that Biden would “take away private healthcare insurance” options. In reality, Biden has expressed and continues to express support for a public option for those who do not have access to Medicaid expansion.

The lack of direct discussion of disability issues occurs in the context of a campaign where candidates on both sides of the aisle have reached out to voters with disabilities in ever greater numbers. As documented by RespectAbility’s nonpartisan 2020 Disability Voter Guide, Republican and Democratic candidates in closely contested Senate and gubernatorial races are speaking directly to the issues most important to voters with disabilities. While it was unmentioned during the presidential debate, the Biden campaign won widespread praise for releasing a comprehensive plan on disability issues back in May.

Aside from mentions of healthcare and preexisting conditions, neither Biden nor Trump mentioned persons with disabilities during the debate.

In an election unlike any other, voters with disabilities could well be the decisive factor in deciding whether Trump has another term in office or Biden becomes president. According to exit polling conducted in 2016, voters with disabilities split their votes between Trump (46 percent) and Secretary Hillary Clinton (49 percent). Polling conducted earlier in 2020 showed that more than half of the electorate in key battleground states (59 percent) self-identifies as having a disability (16 percent), having a family member with a disability (32 percent) or having a close friend with a disability (11 percent).

A study just released by Rutgers University estimated that there are approximately 38.3 million eligible voters with disabilities. This new data proves a key point made again and again by RespectAbility chairman and former Republican Congressman Steve Bartlett. Reflecting on the disability vote, he stated, “Our nation was founded on the principle that anyone who works hard should be able to get ahead in life. These folks deserve an equal opportunity to earn an income and achieve independence just like anyone else. Candidates for office ignore the disability community at their peril.”