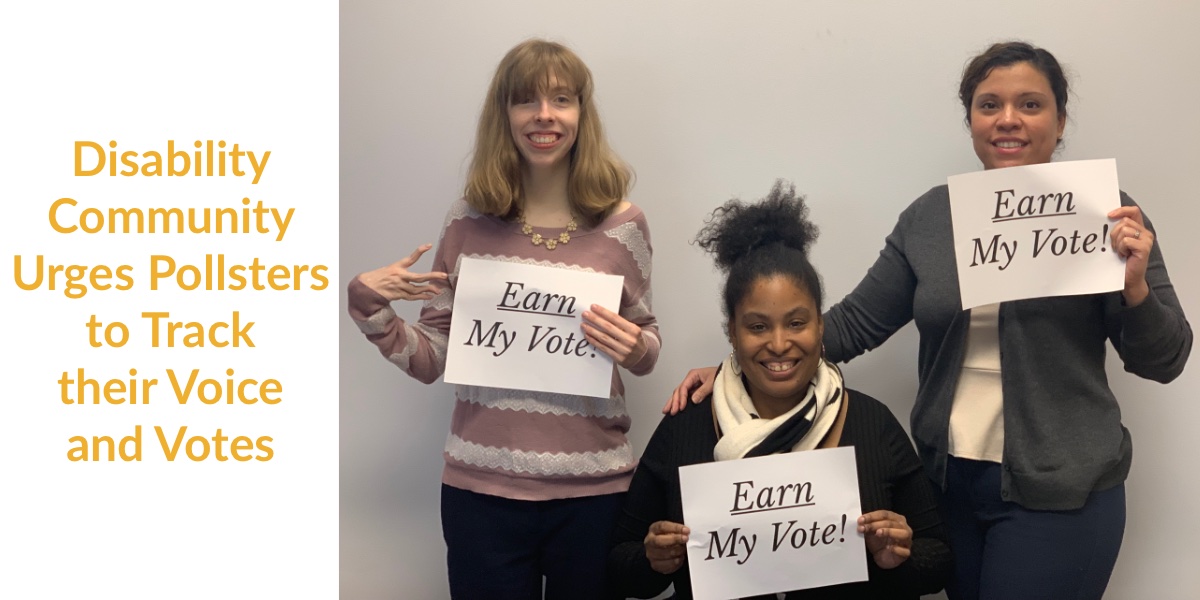 RespectAbility Urges Pollsters to Track the Disability Voice and Vote

Published by Lauren Appelbaum on October 21, 2020

Washington, D.C., Oct. 21 – With one in four adults having a disability, the national, nonpartisan disability inclusion organization RespectAbility is urging pollsters and polling firms to include people who live with a physical, sensory, cognitive or other disability in their polling data. For decades pollsters have included demographics by race, gender, age and educational levels. However, voters with disabilities often are left out of polling.

Researchers at Rutgers University estimate that approximately 38.3 million people with disabilities are eligible to vote in this year’s election, which is roughly one-sixth of the electorate. “Millions of Americans with disabilities are more engaged and active than ever before and it’s time for us to be counted, just like anyone else,” said RespectAbility’s President, Jennifer Laszlo Mizrahi.

The one in four adults with the disability include people with spinal cord injuries, low vision or who are Deaf/Hard of Hearing, as well as those with learning disabilities, mental health conditions, Autism or other disabilities. The sheer number of people with disabilities makes them the nation’s largest minority community.

“The people who craft our polls are in a position to really improve our democracy by including people with disabilities and access issues in their data,” said Philip Kahn-Pauli, director of policy and practices of RespectAbility.

RespectAbility also has collected responses from candidates from both sides of the aisle on key issues of importance to the disability community. Their answers can be found at www.VoteAbility.com.