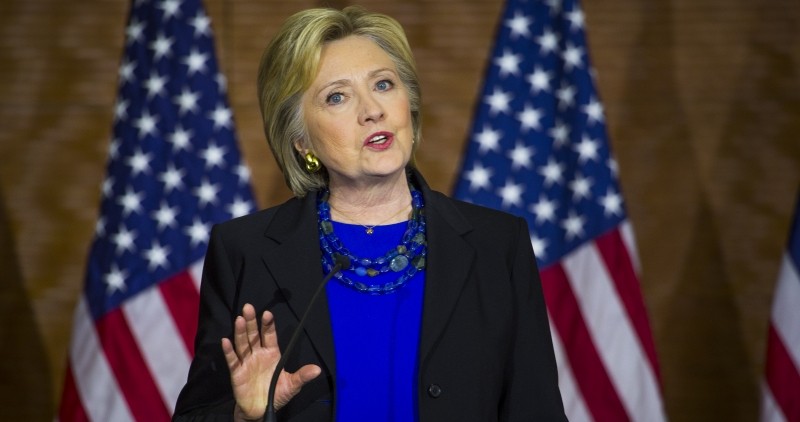 Published by Lauren Appelbaum on March 29, 2016

Washington, March 29 – On Monday, Secretary Hillary Clinton called for the end of tiered wages and the increase of the minimum wage for all people, including those with disabilities.

“When it comes to jobs, we’ve got to figure out how we get the minimum wage up and include people with disabilities in the minimum wage,” Clinton said in Madison, Wisconsin while replying to a question by an autistic adult about subminimum wages for disabled workers. “There should not be a tiered wage, and right now there is a tiered wage when it comes to facilities that do provide opportunities but not at a self-sufficient wage that enables people to gain a degree of independence as far as they can go.”

Sanders Touts Support of WIOA, Limiting Use of Subminimum Wage

In his response to the #PwDsVote 2016 Campaign Questionnaire, Sen. Bernie Sanders talked about his support in 2014 for the Workforce Investment and Opportunity Act (WIOA) and competitive integrated employment.

WIOA “took steps in the right direction to ensure that individuals with disabilities can fully participate in the workforce and be self-sufficient,” Sanders wrote. “Among the many positive provisions, WIOA seeks to increase competitive integrated employment and decrease the number of individuals in non-integrated employment. Further, WIOA seeks to limit the use of the subminimum wage, where individuals with disabilities are paid less than the minimum wage for the same work as their nondisabled peers.”

In addition, Sanders touted his work in passing the stimulus package in 2009 that included $900,000 for vocational rehabilitation programs for training, assistance and ongoing support to help people with disabilities find employment in Vermont and $242,913 for the Vermont Center for Independent Living, which works to promote the independence and rights of Vermonters with disabilities. These programs would provide support for competitive integrated employment, the desire of many in the disability community. He also has called for assisting people with disabilities in becoming small business owners.

Kasich: Don’t Push People with Disabilities to the Side in Sheltered Workshops

On the Republican side, Ohio Gov. John Kasich has spoken out against sheltered workshops on several occasions.

“We shouldn’t take people and put them in a setting just because we’ve done it for the last 50 years,” the Ohio governor said in New Hampshire in December. “People who have severe disabilities can work in hospitals and grocery stores and libraries.”

While campaigning in Iowa a month later, he talked about how Ohioans with disabilities are being taken out of sheltered workshops and being employed in competitive integrated opportunities in places like hospitals and grocery stores.

“They don’t have to sit in some sheltered workshop being just pushed to the side,” Kasich said while on the campaign trail in Virginia in February. “That is not right in our country.”

Neither Sen. Ted Cruz nor businessman Donald Trump has talked about subminimum wage or sheltered workshops on the trail. As the presidential candidates begin to speak in more specifics about topics, it is important for them to not only take a public position on a variety of disability issues but also to speak about them during their speeches.

Former Sec. of State Hillary Clinton and Sen. Bernie Sanders responded by addressing all of the questions in the #PwDsVote 2016 Campaign Questionnaire, and Ohio Gov. John Kasich filled out parts of the questionnaire. All three have spoken about these issues while on the trail on multiple occasions. Despite numerous requests in person and by phone and email, the campaigns of Sen. Ted Cruz and Republican frontrunner Donald Trump have not yet filled out the questionnaire.