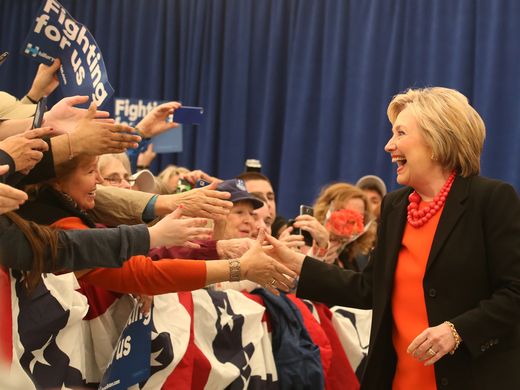 Published by Laura Halvorson on April 6, 2016

Washington, April 6 – Presidential hopeful Hillary Clinton is putting her support behind the Disability Integration Act (DIA), a monumental bill introduced by Sen. Charles Schumer (D-NY) that would greatly affect the lives of people with disabilities.

“In this campaign, I have committed to improving opportunities for people with disabilities to live in integrated community settings, consistent with the full promise of the Americans with Disabilities Act and the Supreme Court’s historic Olmstead decision,” Clinton said in an official statement. “As President, I am committed to ensuring that these promises are fulfilled. That is why I support the Disability Integration Act.”

The DIA, which would allow people with disabilities needing help with everyday tasks who previously have been forced into institutions to instead live in their homes in the community with appropriate aid, is supported and advocated for by many disability rights groups – from ADAPT to the American Association of People with Disabilities (AAPD), Autistic Self Advocacy Network to NCIL, and many others. Although disability advocates have reached out to all of the presidential candidates on both sides of the aisle, some of whom are senators and have the opportunity to co-sponsor the bill, no other presidential candidate has yet to voice support of the DIA.

“The bill ensures that states and insurance providers offer home- and community-based services to anybody who needs long-term services and support and is eligible for institutional care, thereby ensuring that people who need support have a choice in how those services are delivered,” Clinton’s statement continued. “I am proud to affirm my support for this bill and hope all members of Congress will do so.”

Many individuals with disabilities would choose to receive home and community based services such as personal care attendants instead of living in an institution. Studies have shown that it is more cost effective to do so than to live in institutionalized settings such as nursing homes where people with disabilities can no longer participate and contribute to society by working and paying taxes.

Currently coverage of personal care attendant services only is available through Medicaid waivers, and many states have extensive waiting lists. This is a barrier to employment for many individuals with disabilities who lose Medicaid services that provide these and other home and community based services if they choose to work. Other people with disabilities who are not eligible for Medicaid are unable to work to begin with due to lack of personal care attendant coverage through private insurance or Medicare. In 2014, of the 7,224,420 individuals with independent living disabilities aged 18 to 64 years living in the community, just 1,146,316 individuals were employed – that is only 15.9 percent.

New York-based Center for Disability Rights and Rochester ADAPT led the most recent outreach to the Clinton campaign for her to voice her support. At a campaign event in Syracuse last week, disability advocate and attorney Stephanie Woodward asked Clinton if she supports the DIA.

Clinton said yes, but Woodward wanted more – which she now has received.

“It’s on the record, we’re very happy to say the Clinton campaign is the first campaign to support the DIA, and the disability community’s thrilled,” Woodward said.

According to the #CripTheVote survey results, the DIA is one of the top issues concerning the disability community. Clinton’s statement on the DIA follows her calling for an end to subminimum wage at a rally in Wisconsin last week. Both of these issues are important to the disability community and affect individuals with disabilities’ ability to obtain competitive, integrated employment and live an independent life – achieving the American Dream.

Former President Bill Clinton also was on the stump in New York this week and echoed his wife’s sentiment.

“We’ve got to create more jobs that pay above the national wage and we might as well start with a group, people with disabilities hitting on their issue,” Clinton said in Rochester on Monday. “They must be integrated into society. Must have access to housing, mobility of housing and access to work.  Hillary has a plan to do that.”

Republican John Kasich is scheduled to be in Rochester, New York this week. The Center for Disability Rights is reaching out to all candidates and has a specific campaign urging Kasich to release a statement supporting the DIA while in the state.