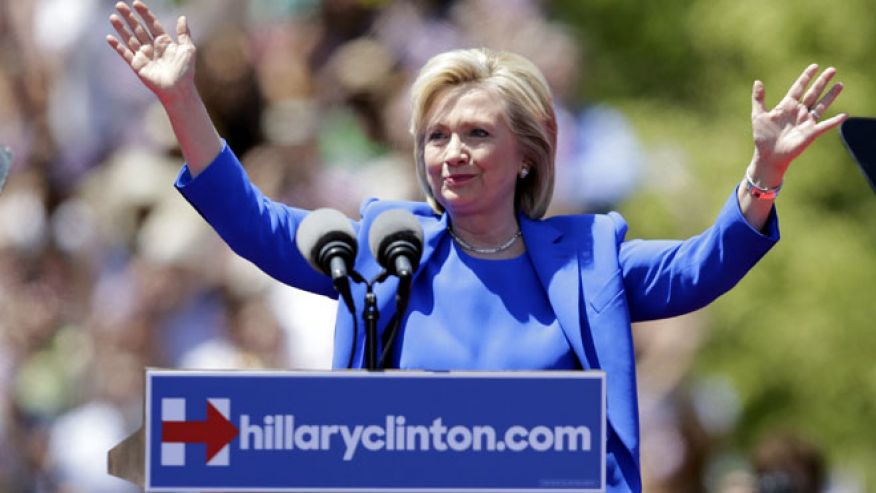 Published by The RespectAbility Report on April 13, 2015

Washington, April 13 – Yesterday the Hillary Clinton campaign released its launch video, which included many different individuals and families who represented diversity in America. But nowhere in the video could you see anyone with a disability. This is a key voting group across America, including the four first voting states of Iowa, New Hampshire, Nevada and South Carolina.

In response, Jennifer Laszlo Mizrahi, president of RespectAbilityUSA.org, a national non-partisan organization advocating for America’s 56 million people with disabilities, said, “Fully one-in-five Americans have a disability and the majority of voters have a loved one with a disability. We urge Hillary Clinton and all the other presidential candidates to focus on jobs for people with disabilities. We want to be included in the ‘Opportunity Agenda!’”

“Our nation was founded on the principle that anyone who works hard should be able to get ahead in life,” she continued. “People with disabilities deserve to be able to work to achieve the American dream, just like anyone else.”

Companies including Walgreens, E.Y. (which was formally known as Ernst and Young), AMC and others have shown that employees with disabilities are loyal, successful and help them make more money. When we find the right jobs for the right people it can and does increase the bottom line of companies. There is a substantial body of evidence-based practices that show how people with disabilities can have tremendous success if the right programs are put into place.

President Ronald Reagan worked to ensure that all Americans have the opportunity to achieve the American dream. Under his administration, the Americans with Disabilities Act (ADA) was started. President George H.W. Bush signed it into law. This act enabled millions of Americans with disabilities to go into schools, civic institutions, and the workforce to create a better future for themselves and their families.

Upon completion of a recent bipartisan poll following the 2014 election, Democratic pollster Stan Greenberg, PhD issued the following statement, “Issues of employment among people with disabilities can affect outcomes in competitive races for Senate and Governor. This community is far bigger than many people realize, including people in my profession.”

Likewise, Republican pollster Whit Ayres commented, “we are accustomed to thinking about ‘soccer moms’, ‘Hispanics’ or ‘values voters.’ But this poll shows that Americans with disabilities – and those who care deeply about them are a demographic we need to pay attention to in the future.” Introducing policies which create opportunities for employing people with disabilities is not a conservative issue or liberal issue, it is a human issue, and it impacts a large portion of the electorate in the United States.

“As for all Americans, the number one issue in the disability community is jobs,” Mizrahi said. “People with disabilities are looking for new answers and policies. RespectAbility wants all candidates to speak directly to voters with disabilities and their families – offering specific plans for a better future.”