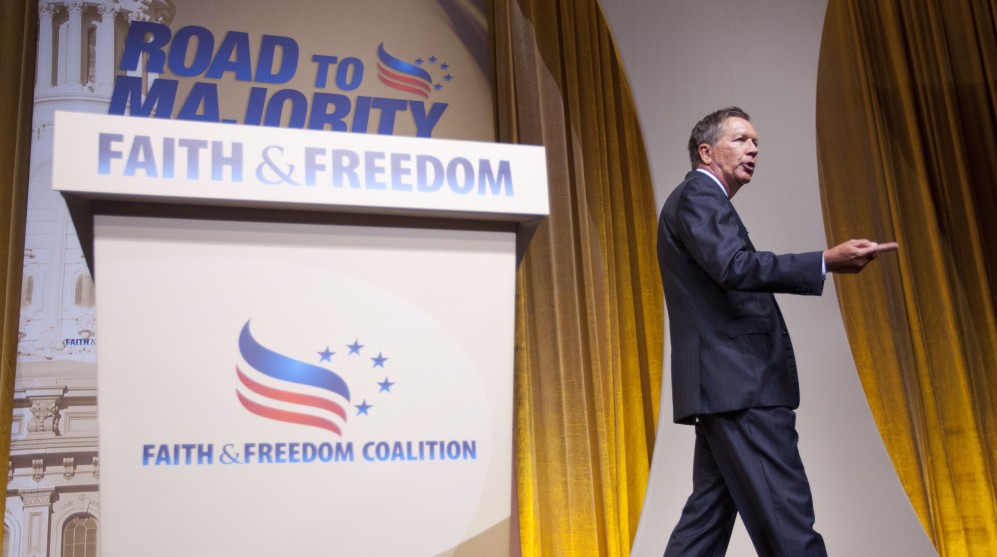 John Kasich: “We Leave No One Behind”

Washington, June 19 – When Gov. John Kasich discussed his plan to grow jobs, he not only listed the need to do so for the poor and minorities but also for people who are mentally ill or developmentally disabled.

“As we grow jobs, we leave no one behind,” Kasich said Friday at the Faith and Freedom Coalition’s Road to Majority Conference. “If you are mentally ill, we’re not locking you up in prison if we can avoid it. We want to treat you and we want you to be on your feet with your God-given purpose.”

“Your working poor, we want you to get decent health care and guess what, we don’t want you to be poor; we want to graduate from poor. If you’re a minority, we’re going to include you. And we’re going to lift you. If you have a son or a daughter who’s autistic, you’re going to get insurance. We are not going to bankrupt you.”

While persistent stigmas remain an obstacle, evidence shows that people with disabilities can be highly successful workers. For example, Virgin Airways founder Sir Richard Branson and finance wizard Charles Schwab are dyslexic. Scientist Stephen Hawking, like Governor Abbott of Texas, and President Franklin D. Roosevelt before them, are wheelchair users. Author Christopher Nolan has cerebral palsy. He writes using a special computer and his work has been compared to that of Joyce, Keats, and Yates.