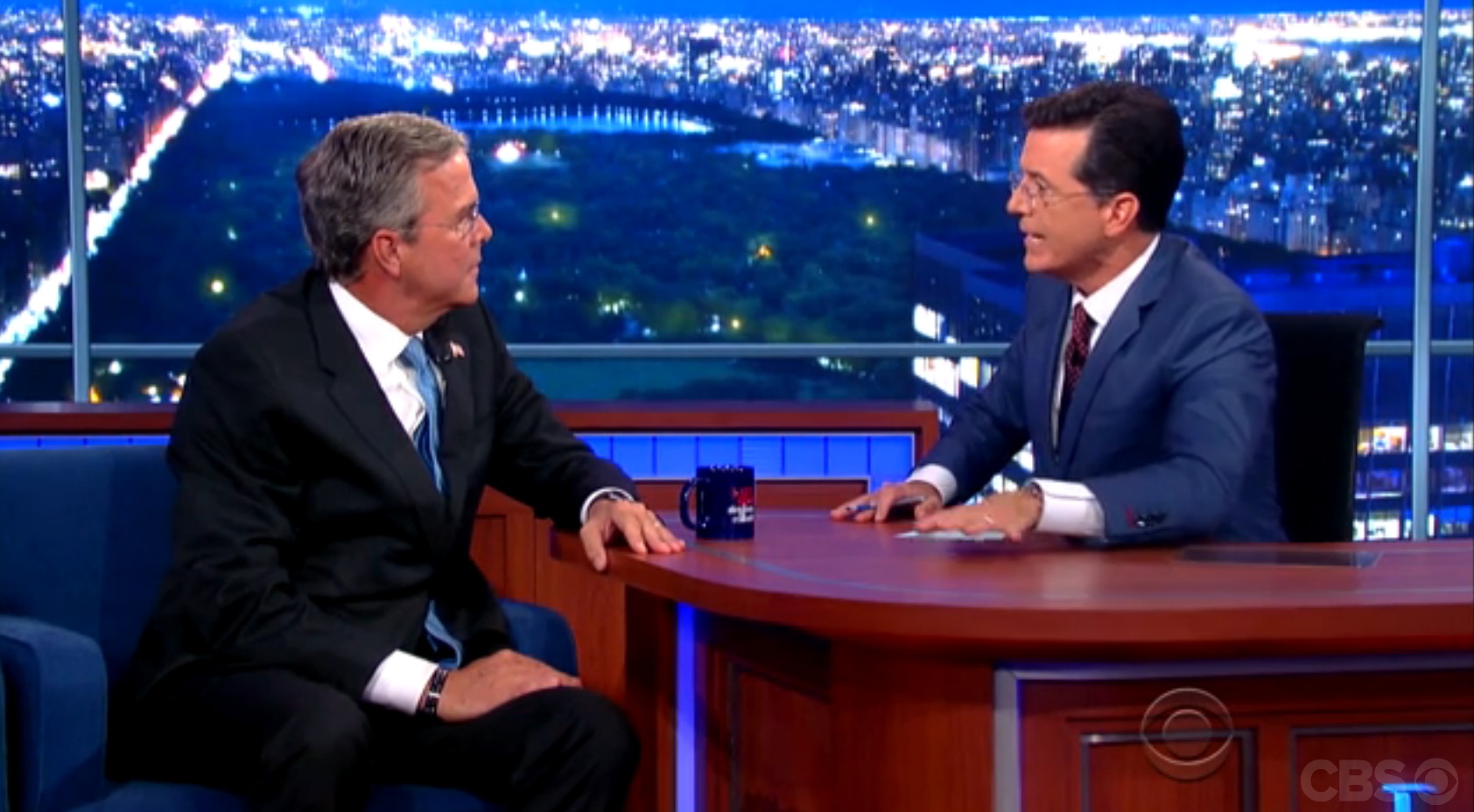 Published by Lauren Appelbaum on September 9, 2015

Washington, Sept. 9 – In an appearance on The Late Show with Stephen Colbert, former Gov. Jeb Bush talked about bringing people together and building up the economy.

When asked how he differs politically from his brother, the presidential hopeful criticized George W. Bush’s failure to reign in government spending, saying, “Our brand is limited government.”

However, Bush went on to say there are reasons to spend government money including helping people with disabilities.

“You can take care of people, people that need to be at the front of the line, the developmentally disabled, people that are really struggling,” Bush said. “That’s a core value of our party. But we shouldn’t spend so much money on everything else.”

People with disabilities make up the largest minority group in America. This constituency has the power to swing an election, and the former governor is reaching out to them on a consistent basis.

“Florida has a significant number of citizens who live, learn and work with disabilities, and it is my fundamental belief that they should be given opportunities to do so with support, respect and dignity,” Bush wrote in The Journal by IJReview in July. “I believe as a society we must work on behalf of those who are most vulnerable, and serve those who cannot always help themselves.”

At the Faith and Freedom Coalition Road to Majority Conference in June, Bush highlighted the needs of people with autism.