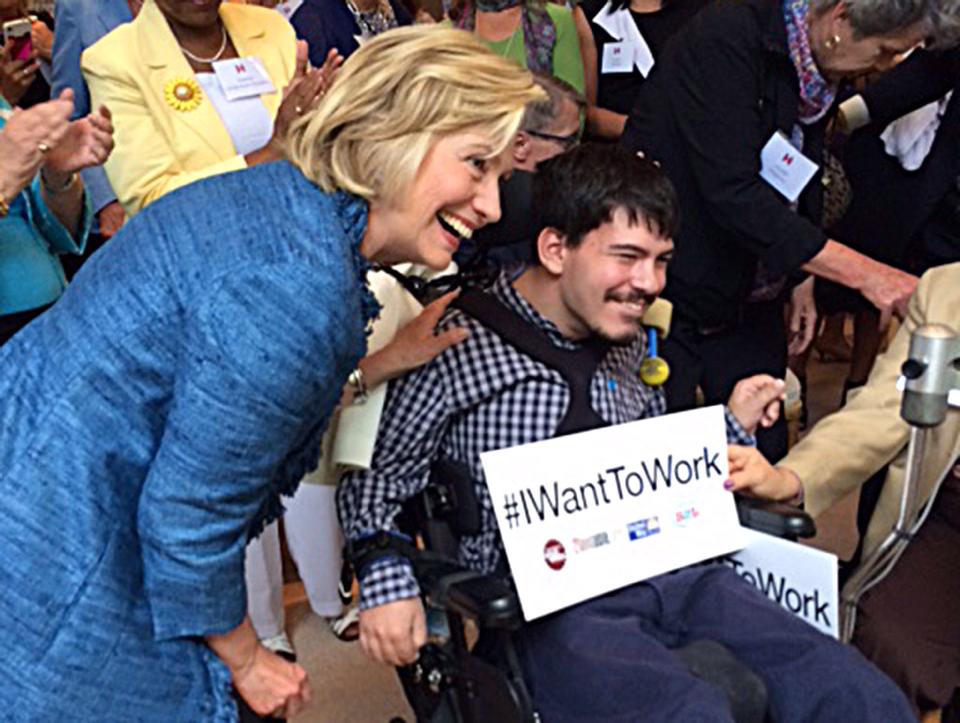 Washington, Sept. 10 – Social media is not a new tool for grassroots activists to galvanize supporters for their desired candidate. Three Facebook pages – two for Hillary Clinton and one for Bernie Sanders – highlight the presidential hopefuls’ stances on a variety of disability issues.

There are two competing Facebook groups focusing on the disability community for Clinton: People with Disabilities for Hillary, created April 13, and Hillary for the disABLED, created August 29. Neither page is sanctioned by the campaign, and both are run by supporters of the former Secretary of State.

The first group, PWDs 4 Hillary, is described as “an unofficial place to find information about Hillary Clinton’s presidential campaign and issues important to people with disabilities,” and has just 102 fans.

The page description of the newer group states, “Hillary for the disABLED is an empowered grassroots arm of Hillary’s presidential campaign to get news, organize, volunteer, host/attend events & more!” This page currently has just 200 fans, and there are several duplicate fans between both pages, which feature very similar content.

When Clinton launched her campaign, she released a video including diverse individuals and families. However, nowhere in the video could you see anyone with a disability. People with disabilities make up the largest minority group in America. This constituency has the power to swing an election, and there is hope that supporters with disabilities will encourage Clinton to provide real policies and other information regarding people with disabilities.

“We should acknowledge how the disabilities community has played such an important role in changing things for the better in our country,” Clinton recently said in Ames, Iowa while marking the 25th anniversary of the Americans with Disabilities Act (ADA).

A similar Facebook page was created on August 27 for Sanders’ supporters: Disability Community for Bernie Sanders and has nearly 300 fans. This page currently has just two posts: links on how to self-organize volunteers and a page on Sanders’ positions on disabilities created by Feel the Bern, a website “built and maintained by volunteers with no official relation to Bernie Sanders.”

The topics vary from ensuring “comprehensive health care and benefits” for veterans and educational needs to employment for people with disabilities. Sanders recently talked about employment at a rally celebrating the ADA anniversary.

“In the year 2015, it is unacceptable that over 80 percent of adults with disabilities are unemployed,” Sanders said to the National Council on Independent Living (NCIL) during its rally on Capitol Hill in July. “People need work. They need jobs.”

Introducing policies that create opportunities for employing people with disabilities is not a conservative issue or liberal issue; it is a human issue, and it affects a large portion of the electorate in the United States.

Although we searched, we did not find any similar Facebook pages for other presidential candidates created by disability advocates.

Disability rights is a nonpartisan issue and it’s necessary for all the presidential candidates to talk about this important topic affecting 56 million Americans, more than 20 million of whom are working age. More than 50 percent of Americans report having a family member or close friend with a disability.