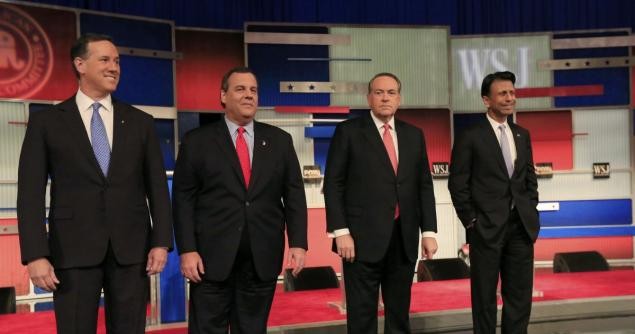 Washington, Nov. 11 – In the undercard debate, the Republican presidential hopefuls were asked how they would get America back to work again. One after another, they dodged the question and said they would reduce taxes.

However, when Sen. Rick Santorum answered the question, he focused instead on job skills.

“We have to start doing something about training and employing people who are sitting on the sidelines because they don’t see a path,” the presidential hopeful said. “People need to go to work and we need to provide opportunities for them to go to work out of high school.”

Project SEARCH, a nationwide initiative to employ individuals with disabilities, is one example of such a program. This one year, school-to-work program immerses interns into a structured environment by combining education with career exploration and worksite-based training and support. The goal for each program participant is competitive employment. With programs in 45 states, and more than 2,700 young adults served each year, their employment outcomes are phenomenal. Project SEARCH has proven to be one of the nation’s most effective programs in transitioning young people with disabilities into the workforce.

Gov. Scott Walker, who dropped out of the race earlier this year, of Wisconsin, the location of last night’s debate, has been at the forefront of improving policies so people with disabilities can work.

When he took office, Gov. Walker quickly improved policies and practices and made it a key point in his 2014 State of the State address. In 2014, Walker announced the “Better Bottom Line” initiative, which was sparked by the 2012-2013 National Governor’s Association initiative, “The Year of a Better Bottom Line” that was promoted heavily by then NGA Chair, Delaware Gov. Jack Markell. Walker’s proclamation included introducing 20 new Project SEARCH sites to the state’s seven current sites within three years.

Walker has followed through on this by announcing that the current number of sites will double for the 2015-2016 school year. This means 14 programs for young people with disabilities who want to work toward bettering their future. As evidenced in Wisconsin, Project SEARCH generates outstanding results for people with disabilities, employers, and taxpayers alike.