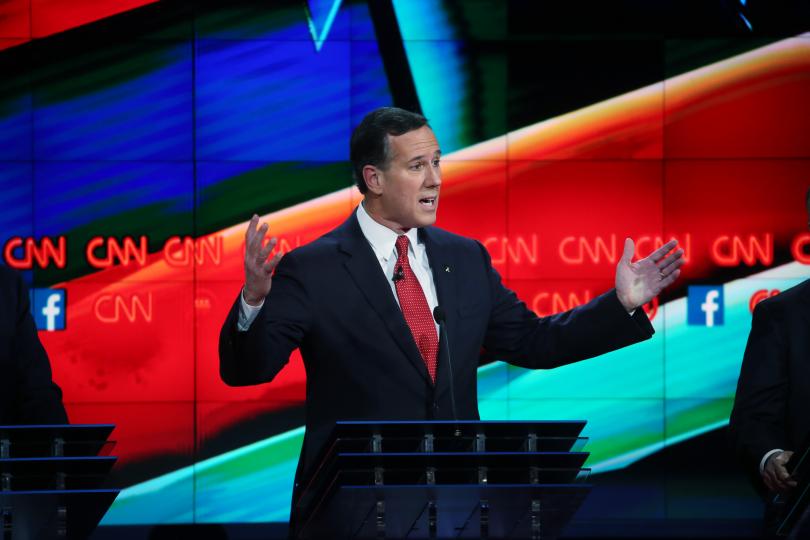 Published by Lauren Appelbaum on December 16, 2015

Washington, Dec. 16 – Foreign affairs, terrorism and ISIS dominated the conversation throughout both of last night’s Republican primary debates. During Rick Santorum’s closing statement, however, the former senator called out ISIS for killing kids with Down Syndrome and brought up his daughter Bella, who has trisomy 18.

“Ladies and gentlemen, this week, ISIS put out a fatwa on disabled children and killed dozens of them because of their disability,” the presidential hopeful said. “Now, I am the father of a disabled child.”

Many people on the Twitterverse went after Santorum for following that line with “I know, and have known, the face of evil,” poking fun at the senator’s syntax and asking if he was equating children with disabilities with the face of evil. While it’s clear that many people tweeting this question know that Santorum did not intend that, it is important to look at what should be the news – that the former senator is drawing attention to a possible ISIS fatwa, using this as an example to talk about the evils of ISIS.

Multiple media outlets including The Evening Standard and FOX News have reported on this fatwa, specifically stating that ISIS militants are intentionally killing babies with Down syndrome and other disabilities. According to this “oral fatwa,” activists claimed that 38 babies have been killed. The Washington Post fact checker says the claim originated from a Mosul Eye post, a blog and Facebook group run by someone described as “an independent historian inside Mosul.”

Santorum has talked about his daughter Bella on several occasions during this primary season, most recently during an extended interview with The RespectAbility Report. During his last run for the presidency, he suspended his campaign for a period of time when Bella was in the hospital. Upon returning, Santorum said, “it also focused the national attention on the fact that we had a child with a disability.” Prior to this, Santorum said, they did not highlight Bella. After returning to the campaign trail, “at every event we had people with disabilities,” he recounted.