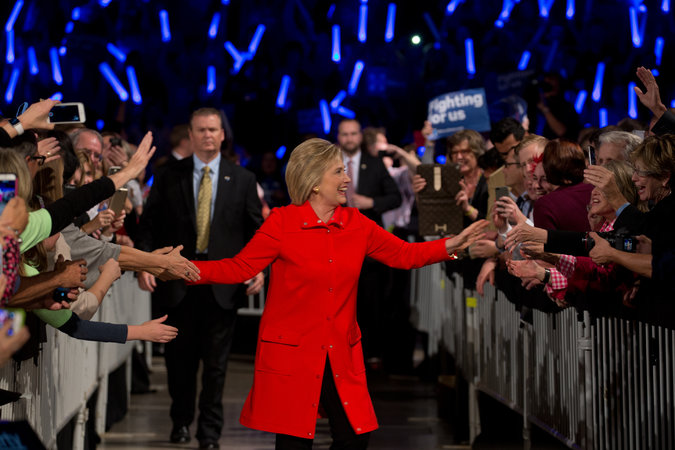 How Hillary Clinton’s Campaign Made Addressing Disability Issues a Priority

Published by James Trout on February 6, 2016

Concord, N.H., Feb. 6 – When Hillary Clinton declared her candidacy for president on April 12, 2015, her campaign did not make a point of taking people with disabilities into account. She came under scrutiny for not including people with disabilities in her announcement video, and her famed van momentarily stopping in a handicap parking spot in Council Bluffs, Iowa in April drew negative attention.

In the following seven months, Clinton’s campaign became much more disability friendly. While she was one of the first presidential candidates to talk about disability issues, often it was done very clumsily and insensitively toward people with disabilities.

For example, on more than one occasion, Clinton referred to Autism as a “disease,” which many people in the Autism community consider to be a huge personal insult. Autism is not a disease that physically harms an individual like Cancer and Alzheimer’s disease does. In addition, whenever she would be asked any question relating to disability issues, her go-to answer was to talk about her work with the Children’s Defense Fund in the 1970s, well before the Americans with Disabilities Act (ADA) was passed.

In August, former Sen. Tom Harkin endorsed Clinton. Former Rep. Tony Coelho also through his support behind the former Secretary of State. Both Harkin and Coelho were key to the passage of the ADA and have been advising Clinton on disability policy.

Following conversations with Harkin, Coelho and a variety of other disability leaders, Clinton’s campaign slowly began to improve how they address disability issues such as employment and care. In September, the campaign added a page to her website dedicated to disability issues, becoming the first campaign to do so. In addition, the campaign began putting typed-in captions on the majority of their campaign videos. This is a huge deal because often times automatic captions like those done by YouTube are full of errors, not allowing people who are deaf or hard of hearing access to the full message.

As the primary heated up, the Clinton campaign, along with the Sanders campaign, became one of the few campaigns to regularly include an ASL interpreter for her larger rallies and town halls.

Clinton first brought up Autism on the trail at the annual Jefferson-Jackson Dinner at Hy-Vee Hall in Des Moines in October.

“While we fight for a growth and fairness economy that works for everyone, we can’t forget the quieter problems that don’t often make the headlines,” she said.

“I’m also fighting for the grandmother who told me she is raising her grandchild because of her daughter’s struggle with drug addiction. For the mom who asked me what she’s going to do when her child with autism gets older. For every family trying to cope with untreated mental illness. I’m fighting for the man I met whose mother has Alzheimer’s. He cannot afford a full-time caretaker. So you know what he does? He’s a teacher. He takes his mother to work with him.”

“We need to break down barriers of racism, sexism, discrimination against LGBT Americans, immigrants, and people with disabilities,” Clinton said.

This is a change in Clinton’s stump speech that’s worth noting.