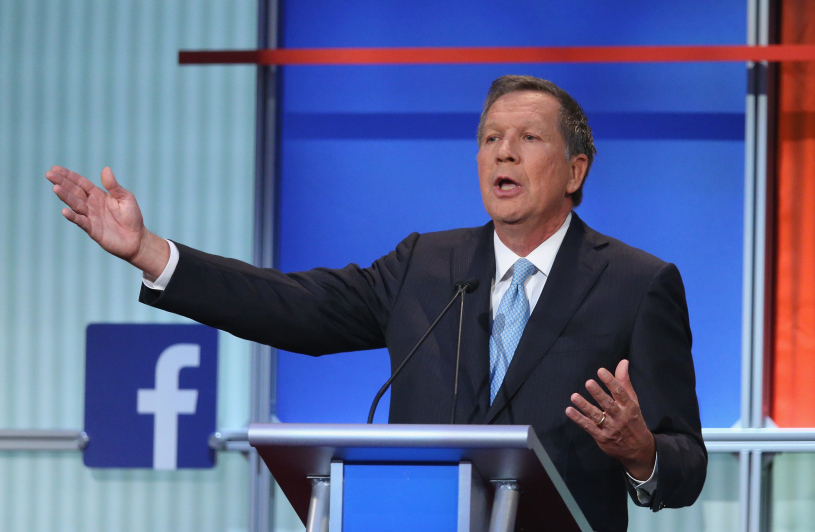 Published by Lauren Appelbaum on February 5, 2016

The campaign says this letter is “a placeholder summary of Gov. Kasich’s efforts to support people with disabilities” while they finish the full questionnaire after the New Hampshire primary. We are presenting the campaign’s full letter below:

Thank you for your outreach and your interest in Kasich for America. Disability issues do matter and I would like to share with you Governor John Kasich’s commitment to these issues in Ohio and the effort he will make as President of the United States. Consider some of the ways Gov. Kasich’s leadership has helped to improve the lives of people with disabilities in Ohio:

Employment for People with Disabilities: With his Employment First initiative, John Kasich switched the focus from workshops to real jobs with real wages for Ohioans with developmental disabilities. Major employers across the state are signing up and families who never thought their loved ones would hold a job or live on their own are seeing lives transformed.

Ohio has worked to improve the education, training,and employment opportunities and outcomes for adults based on their abilities, not their disabilities. Ohio has created an online tool OhioMeansJobs to help Ohioans plan and find a career. This tool not only includes a portal designed for people disabilities, it also has a toolkit to help employers hire people with disabilities.

Gov. Kasich provided additional resources to Opportunities for Ohioans with Disabilities, the agency partnering with Ohioans with disabilities, to achieve quality employment and independence. By hiring additional counselors, Ohio released 17,000 people from a wait list for immediate support and assistance to get them ready for and find employment.

Prioritizing Home and Community-based Services: When Gov. Kasich took office, Ohio was spending more of its Medicaid budget on high-cost nursing homes and other institutions than all but five states. Recognizing that for many people, their families’ homes or small-group settings are far more supportive and preferred, the Kasich Administration worked to “rebalance” Medicaid long-term care spending toward less expensive, less restrictive home and community-based services. The ultimate goal is for seniors and people with disabilities to live in their own home, instead of a higher-cost nursing home.

Coverage for Autism: In an unprecedented statement of support for families with autistic children, Gov. Kasich included coverage for the treatment of autism in state employees’ health plans and state regulated insurance plans.

Expanding Access to Health Care: It is also important to mention John Kasich’s efforts to expand access to health care, including treatment for mental illness and addiction, to low-income individuals, including veterans. As part of this effort, he has also worked to improve its quality and enact conservative reforms that incentivize patient-centered care, not volume. John Kasich’s combination of caring and good stewardship of taxpayers’ dollar is making Ohio a national leader in keeping people healthy in a high-quality, affordable way.

Gov. Kasich has worked collaboratively with the disability community in Ohio – individuals with disabilities, family members, providers, county boards and other advocates, all bonded by the shared passion to improve the lives of those with disabilities and their families.

These priorities and the way they are being implemented, show the kinds of reforms and priorities Gov. Kasich would value as President. Thank you for the opportunity to share these important reforms with you. We look forward to continuing the work to improve the lives of people of all abilities so that we all can meet our full potential.

RespectAbility has asked all the presidential candidates on both sides of the aisle to complete the same questionnaire. As of Friday, Feb. 5, we have received responses from Jeb Bush, Ben Carson, Chris Christie, Hillary Clinton, John Kasich and Bernie Sanders. We will share responses from additional campaigns as we receive them. In addition, several candidates do have information on their websites including Jeb Bush, Hillary Clinton, John Kasich and Bernie Sanders.