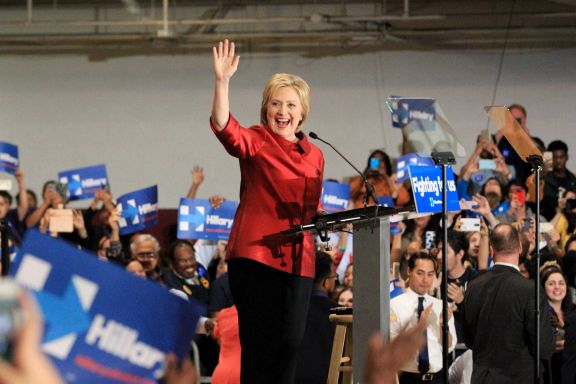 Published by Lauren Appelbaum on February 24, 2016

Washington, Feb. 24 – As the Republicans travel to Texas for their upcoming debate, one issue of concern in the state is Texas’ strict voter ID laws that prevent many people, including those with disabilities, easy access to vote.

“Here in Texas and in state after state, [Republicans are] doing everything they can to stop black people, Latinos, poor people, young people, people with disabilities from voting,” Clinton said at Texas Southern University in Houston Saturday evening following her Nevada caucus win. “It’s one of the barriers that I intend to knock down.”

While it was expected Clinton would discuss many racial disparity issues like poverty while at the historically black university in Houston, Clinton’s inclusion of people with disabilities show her understanding that the nation’s largest minority has the potential to swing the 2016 elections and the community’s needs need to be addressed.

For many Americans, voting is not an easy process. Physical and other barriers at polling places can make exercising the right to vote nearly impossible. In the 2008 election, only 27 percent of polling places were fully accessible to voters with disabilities. That means that at seven out of ten places to vote, people with disabilities were not able to make their voices, their values and their issues heard.

Texas has some of the strictest voter ID laws in the nation and one of the lowest voter turnouts. In 2011, Texas passed a bill that strengthened voter ID laws. People were required to present a government issued state ID, or a weapon permit for identification; however, college IDs were not accepted. In 2015 a federal circuits court ruled the 2011 law violated the Voting Rights Act.

In the state of Texas, 3,101,039 people have a disability. They have the option of filing for a permanent exemption to voter ID laws if they do not have required identification through their county elections office by providing documentation from the VA or SSA of their disability.

According to the Census Bureau, one in five Americans has a disability. That means there are 56 million people with disabilities in our country. That number makes the disability community our nation’s largest minority group. Like other minority communities, people with disabilities have fought hard for civil rights and worked hard to pursue the American Dream, just like anyone else. However, the community is unique because it is the only group that anyone can join, at any time, due to injury and illness. As such, the lack of voting accessibility effectively disenfranchises far too many Americans.

The former Secretary of State also repeated statements from her Nevada victory speech about ensuring that people with disabilities would have the same opportunities as everyone else to participate in society.

“We also have to take on the persistent barriers of bigotry. That means facing head-on the reality of systemic racism and investing in communities that have been left out and left behind,” Clinton said to applause. “It means providing people with disabilities the opportunity to work and fully participate in our society. It means guaranteeing justice and dignity for every American. We have to make sure, my friends, nothing holds you back. Not debt. Not discrimination. Not a deck that’s always stacked for those at the top.”

People with disabilities, though not often thought of as a minority bloc the same way as African American or Latino/Hispanic voters, is the largest minority in the United States. More than 50 percent of Americans report having a family member or close friend with a disability. As all of the presidential candidates vie for their parties’ nomination, reaching out to the disability community can mean the difference between winning or not.