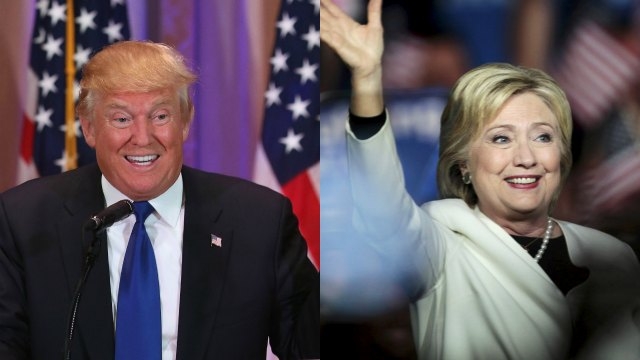 Super Tuesday Results Set Up Showdown Over Voters With Disabilities

Published by Lauren Appelbaum on March 2, 2016

Washington, March 2 – If the results of Super Tuesday continue and former Secretary Hillary Clinton becomes the Democratic nominee and Mr. Donald Trump wins the Republican nomination, the disability community could see a huge contrast between the two candidates. Trump has a lot of baggage on disability issues and, unlike Clinton, has yet to announce his plans on employment, education and a wide variety of other issues important to people with disabilities and their families.

Both of the Democratic candidates, Clinton and Vermont Sen. Bernie Sanders, have completed the #PwDsVote 2016 Campaign Questionnaire. They have significantly different views on the issues.

2012 Republican presidential nominee Mitt Romney did not reach out to voters with disabilities either, which became a contributing factor to his loss.

“We have to defend all our rights, workers’ rights and women’s rights, civil rights and voting rights, LGBT rights and rights for people with disabilities,” Clinton said in Florida while talking about breaking down barriers.

Her campaign’s active disabilities committee is aggressively on social media working the disability vote. Yesterday, supporters shared a “Vote” icon on a variety of social media sites. The image was diverse and included an African American male in a wheelchair as one of the four individuals portrayed.

Both Clinton and Sanders have reached out to the African American community. Yet the disability community – the nation’s largest minority – has not often been approached. The 56 million Americans with disabilities have the potential to swing the 2016 elections and the community’s needs need to be addressed.

Candidates and pundits alike often forget the disability demographic, so much so that disability status, unlike race, is not asked during exit polling.

Clinton’s inclusion of the disability community in her remarks takes place as the #SayTheWord campaign gains traction. She was the first candidate to do so on a regular basis, beginning at the MSNBC Democratic debate prior to the New Hampshire primary and repeated several times including at a town hall with New England College students a few days later. Following her Nevada victory speech, Clinton gave a shout out for people with disabilities’ rights twice during an event in Houston in taking down “persistent barriers of bigotry” for people with disabilities as well as ensuring their ability to vote.

“Don’t you think it’s time to face head-on the reality of systemic racism and invest in communities that have been left out and left behind,” the former Secretary of State said following her victory in Nevada last month. “That means reforming our criminal justice system, our immigration systems, ensuring that people with disabilities have the same opportunities to work and fully participate in our society!”

Sen. Tom Harkin and Coelho, chief sponsors of the Americans with Disabilities Act when it was created, have endorsed Clinton. In addition, Delaware Gov. Jack Markell, the Democrat’s leading champion for employment for people with disabilities, and Rhode Island Rep. Jim Langevin, who himself is a wheelchair user and the co-chair of the congressional disability caucus, also are Clinton supporters. These four, among others, have activated a variety of disability networks to help Clinton.

Both she and Sanders have made a real effort to ensure that their events have ADA sections with enough room for those using wheelchairs and other people with disabilities. Furthermore, both campaigns are ensuring that ASL interpreters are present at all of their large events.

Sanders has not explicitly said “disability” or “disabilities” as often during his town halls, rallies and other events. However, when he won the New Hampshire primary earlier this month, he did give a shout out.

“We must pursue the fight for women’s rights, for gay rights, for disability rights,” Sanders said in Concord, New Hampshire.

Both Democratic candidates, as well as all the Republican candidates need to include people with disabilities in all of their speeches, and not just in a token way.

As all of the presidential candidates vie for their parties’ nomination, reaching out to the disability community can mean the difference between winning or not. More than 50 percent of Americans report having a family member or close friend with a disability. Fifty-two percent of Democrats report that they or a loved one has a disability, and for Republicans, a smaller number of 44 percent report they have a disability. Surprisingly, Independents have the largest number of voters who say they have a disability, with 58 percent saying yes. This shows that swing voters with disabilities and their families are up for grabs.