Published by Lauren Appelbaum on March 4, 2016 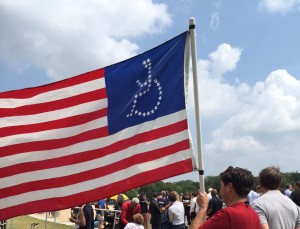 Washington, March 4 – Republican frontrunners often talk about being inclusive. However, they rarely pay attention to the interests of the nation’s largest minority: voters with disabilities.

“The disability community – comprising one-in-five Americans – has the potential to swing the 2016 elections,” RespectAbility President Jennifer Laszlo Mizrahi said. “Conservatives need to address our concerns – especially the ability to get a job.”

President Ronald Reagan worked to ensure that all Americans have the opportunity to achieve the American dream. Under his administration, the Americans with Disabilities Act (ADA) took its initial steps. President George H.W. Bush signed it into law. This act enabled millions of Americans with disabilities to have a hand up, not a hand out, as they were able to go into schools, civic institutions, and the workforce to create a better future for themselves and their families.

Despite these proud traditions, speakers at CPAC, along with Republican frontrunner Mr. Donald Trump, rarely mention the 56 million Americans who make up the disability community.

If the results of Super Tuesday continue and former Secretary Hillary Clinton becomes the Democratic nominee and Trump wins the Republican nomination, the disability community could see a huge contrast between the two candidates. Trump has been widely criticized for making fun of reporters with disabilities, evicting veterans with disabilities from outside Trump Tower, and using the word “stupid” interchangeably with “loser” and “incompetent.” This is despite the fact that people with intellectual disabilities can be very good at specific tasks. Trump has yet to announce his specific plans on employment, education and a wide variety of other issues important to people with disabilities and their families.

None of the three Republicans who have won primary states has fully filled out the #PwDsVote 2016 Campaign Questionnaire (though Ohio Gov. John Kasich has answered some of the questions). RespectAbility invited all of the presidential candidates on both sides of the aisle to share their positions on 16 disability issues including employment, stigma, education, safety, transportation, housing, healthcare, and foreign affairs, among other topics. Until the Republican frontrunners change address the disability community in a meaningful manner, in the general election, the Republican Party could cede the disability vote, despite the fact that polling shows the disability community is a swing voter group.

2012 Republican presidential nominee Mitt Romney did not reach out to voters with disabilities either, which became a contributing factor to his loss.