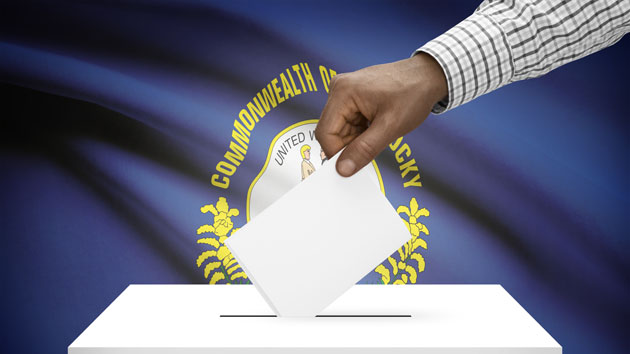 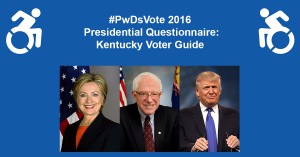 State Ranks Near Bottom in Country in Employment Rate of People with Disabilities at Just 27.3 Percent

Washington, May 16 – As voters head to the polls in Kentucky tomorrow, RespectAbility released its Kentucky Disability Voter Guide. There are 734,781 people with a disability in Kentucky, 399,100 of whom are of working age (between the ages of 21 and 64). There are an additional 21,400 people ages 16-20 with disabilities, many of whom are hoping to enter the workforce. Kentucky’s voters are looking to know where the candidates stand on important disability issues in order to increase opportunities for competitive, integrated employment for people with disabilities.

Kentucky currently ranks 48th in terms of percentage of employed people with disabilities (27.3 percent), compared with 74.4 percent of people without disabilities. View the rankings of all 50 states and compare.

Despite these numbers, Kentucky still has the opportunity to improve outcomes for people with disabilities thanks to The Workforce Innovation and Opportunity Act (WIOA). RespectAbility has submitted comments for all 50 state’s drafts of the Unified Plan as required under Section 102 of WIOA, and Kentucky has the chance to build on innovative work that is already being done around empowering more youth with disabilities to successfully transition them from school to work.

In Louisville, the Transitional Learning Center is doing great work thanks to a public-private partnership between UPS, the school system and Kentucky’s Office of Vocational Rehabilitation. At the Center, youth with disabilities receive the soft skills training they need to succeed. Likewise, the Best Buy Distribution Center in Shepherdsville is a model employer whose efficiency has been improved by integrating employees with disabilities into their workforce.

Another note of promise comes in form of accessible resources. Kentucky’s’ WIOA plan contains detailed plans related to accessibility and barrier solutions regarding career center services. The plan to have secure wireless services at comprehensive one-stops and allow services to be accessible from many locations is crucial for people with barriers to work, such as transportation, as it allows them to receive the necessary services they otherwise might now be able to access.

Kentucky also will be focusing on in-demand industry sectors as well as apprenticeships, which are an important avenue to self-sufficiency and higher wages for youth with barriers to employment. This is critical work and it is pleasing to see that progress is being made in this aspect.

RespectAbility will continue to urge Trump to submit his ideas for the disability community. When he does, they will update the guide. The questionnaire is being distributed to more than 50,000 people who care about disability issues, more than ten thousand of whom live in the early primary states and the heads of more than 100 national disability organizations, many of whom will share with their own lists. RespectAbility also has placed online ads sharing the questionnaire.