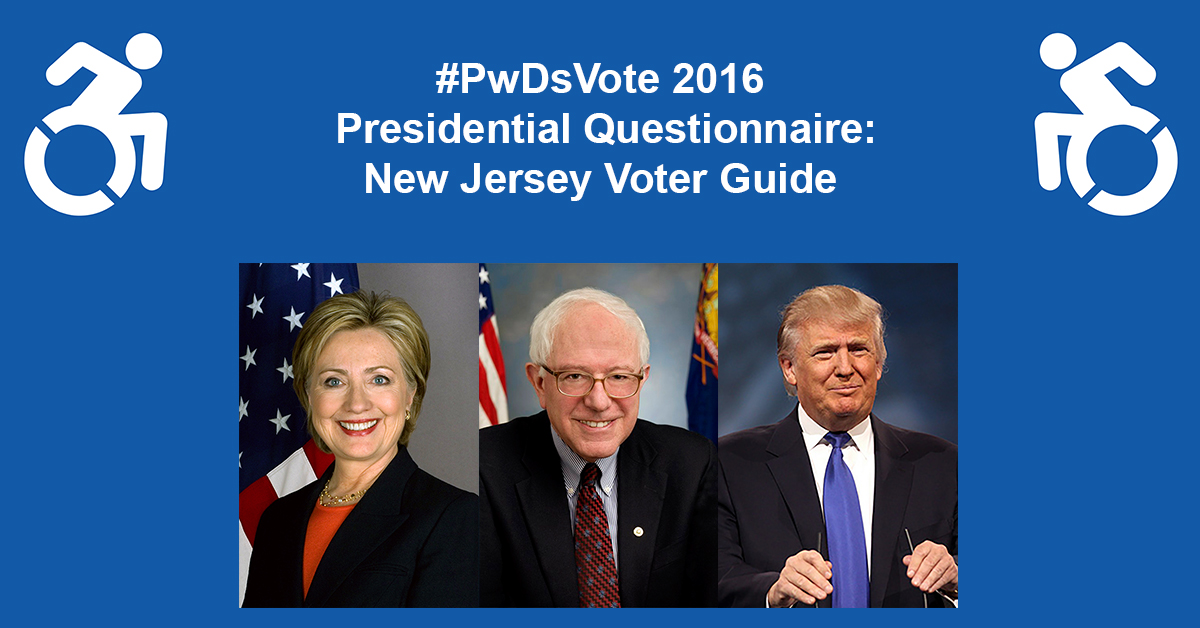 Washington, May 25 – As voters head to the polls in New Jersey next month, RespectAbility is releasing its New Jersey Disability Voter Guide.

There are 935,833 people with a disability living in New Jersey, 409,000 of whom are of working age (between the ages of 21 and 64). There are an additional 20,300 people ages 16-20 with disabilities, many of whom are hoping to enter the workforce. New Jersey’s voters are looking to know where the candidates stand on important disability issues in order to increase opportunities for competitive, integrated employment for people with disabilities.

New Jersey has the seventeenth highest percentage of employed people with disabilities (39.2 percent), compared with 76.5 percent of people without disabilities. View the rankings of all 50 states and compare.

RespectAbility expects outcomes to improve for people with disabilities in New Jersey in the future. RespectAbility has submitted comments for all 50 state’s drafts of the Unified Plan as required under Section 102 of The Workforce Innovation and Opportunity Act (WIOA). New Jersey’s WIOA plan addresses a number of issues concerning people with disabilities and employment. Section 503 of the Rehabilitation Act of 1973 was specifically identified among the goals to further align Vocational Rehabilitation with one-stop career centers. A commitment also was made to take advantage of the new 503 regulations and the seven percent rule – government employers must now attain, or show progress toward attaining, a workforce that consists of at least seven percent of people with disabilities.

New Jersey’s plan also addresses the unique workforce challenges facing ex-offenders as they attempt to reenter society, and was one of the very few states who mentioned this issue in its state plan altogether. The plan provides a summary of the activities being carried out under the Reintegration of Ex‐Offenders Program and specifically outlines the workforce development efforts being done to support returning citizens. This is an issue in all states, as those with disabilities and a criminal record have a much more difficult time reaching employment than someone with only one of those characteristics.