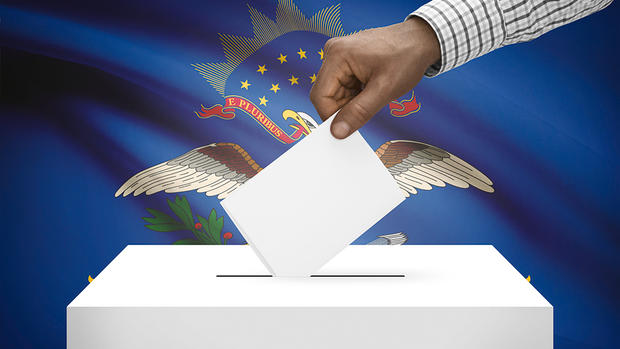 State has Second Highest Rate of Employment for People with Disabilities

Washington, May 31 – As North Dakota’s Democrats head to the caucus next week, RespectAbility is releasing its updated North Dakota Disability Voter Guide.

RespectAbility has submitted comments for all 50 state’s drafts of the Unified Plan as required under Section 102 of the Workforce Innovation and Opportunity Act (WIOA). The North Dakota WIOA draft is very well done. It creates a win-win-win strategy and system for vital improvements for North Dakota’s workforce system and its ability to serve people with barriers to work, employers and taxpayers alike. North Dakota already is leading the nation in terms of expanding competitive, integrated employment for people with disabilities.

North Dakota is part of the Promoting the Readiness of Minors in Supplemental Security Income (PROMISE) Grant, a collaborative effort that promotes career achievement as a means of gaining economic self-sufficiency and a diminished dependence on public benefits among youth who receive Social Security Insurance (SSI). The PROMISE Grant enables states to develop curricula and projects that will improve education for youth with disabilities, thereby equipping these youth with the tools to succeed in the workforce.

Vocational Rehabilitation has long played a critical role in empowering people with disabilities to pursue the transformative power of a job. In 2012, North Dakota’s Division of Vocational Rehabilitation obtained employment for 708 people out of an applicant pool of 1,521. While direct service is critically important, VR is doing much more to ensure that the people of North Dakota see the talent in each individual and are willing to give people of ALL abilities a chance to succeed. Recently, the Division launched a website called ND Advantage, which provides employers information about the financial incentives for hiring vocational rehabilitation referrals such as the Work Opportunity Tax Credits. Another benefit that ND Advantage highlights is Disability Access Credit, which provides expenses to companies who employ individuals with disabilities to cover such services as sign language interpreters and assistive technology. Gov. Jack Dalrymple’s leadership has led to a more prosperous state and opened the American Dream to many people with disabilities.

While North Dakota may be seeing a dip in its employment number due to the evolving challenges of the energy, the state has worked hard to achieve improved outcomes. Outside observers might discuss the case study of North Dakota as being a small state with a tiny population who got lucky with a booming energy sector with little relevance to disability policy. However, states like the Dakotas has achieved increased results in terms of jobs for people with disabilities by putting best practices into places. North Dakota has been blessed with the dedicated leadership of Gov. Dalrymple who has been focused on creating a positive business climate and committed to tapping into the talents offered by individual with disabilities.

The nearly 50 percent rate of employment for North Dakotans with disabilities is much higher than the national average – 30 percent. In addition, North Dakota has the smallest difference in the employment gap between people with and without disabilities – 32.1 percent. View the rankings of all 50 states and compare.