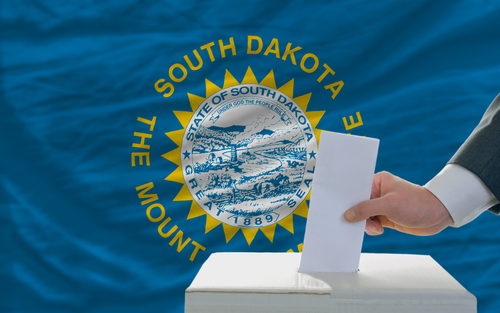 Washington, June 1 – As voters head to the polls in South Dakota next week, RespectAbility is releasing its South Dakota Disability Voter Guide.

There are 108,112 people with a disability living in South Dakota, 47,700 of whom are of working age (between the ages of 21 and 64). The 4,000 youth with disabilities between the ages of 16 and 20 living in South Dakota have increasing chances to successfully transition into the world of work. South Dakota’s voters are looking to know where the candidates stand on important disability issues in order to increase opportunities for competitive, integrated employment for people with disabilities.

South Dakota’s 50.1 percent labor force participation rate (LFPR) for people with disabilities is the highest in the United States, and well above the national average of 30 percent. South Dakota should be proud of this achievement, as it serves as a role model for all other states aiming to increase employment rates for people with disabilities. View the rankings of all 50 states and compare.

Despite having the highest employment rate for people with disabilities in the United States, South Dakota allegedly unnecessarily relies on nursing facilities to provide services to people with disabilities. In a recent investigation, the Justice Department found that thousands of South Dakotans who rely on the state for necessary services must live in nursing facilities to receive aid, all while being isolated from their communities. This practice is in violation of the community integration mandate of both the Americans with Disabilities Act and the ruling of Olmstead v. L.C., which require states to make services available to people with disabilities in the most integrated setting appropriate to their needs, regardless of age or type of disability. South Dakota’s sparse and majority rural populations make the distribution and access of health services difficult. Following the leadership of Gov. Dennis Daugaard and the success of people with disabilities in employment, South Dakota has the potential over time to improve on community integration. The state also can become a role model and agent of change in creating solutions to this national issue.

RespectAbility has submitted comments for all 50 state’s drafts of the Unified Plan as required under Section 102 of The Workforce Innovation and Opportunity Act (WIOA). The South Dakota WIOA draft is very well done. It creates a win-win-win strategy and system for vital improvements for South Dakota’s workforce system and its ability to serve people with barriers to work, employers and taxpayers alike. This draft plan will capitalize on the partnerships and collaborations necessary to empower youth transitioning from school to work. It is to be strongly commended. The high expectations, pre-employment pipeline, commitment to metrics, and partnership between government agencies will go a long way to sustaining success.

RespectAbility will continue to urge Mr. Trump to submit his ideas for the disability community. When he does so, we will update the guide. The questionnaire is being distributed to more than 50,000 people who care about disability issues, more than ten thousand of whom live in the early primary states and the heads of more than 100 national disability organizations, many of whom will share with their own lists. RespectAbility also has placed online ads sharing the questionnaire.