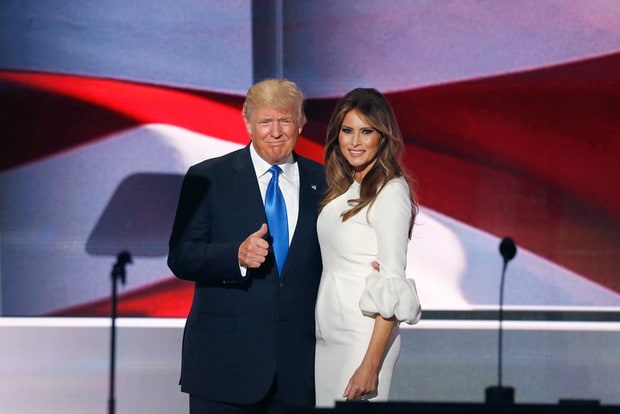 Cleveland, July 19 – The first night’s theme of the Republican National Convention was “Make America Safe Again,” but all of the speakers neglected to talk about the safety of America’s largest minority – people with disabilities.

This was especially evident in Melania Trump’s speech when she said her husband represented all people, but neglected to mention people with disabilities.

“[Donald Trump] offers a new direction, welcoming change, prosperity and greater cooperation among peoples and nations,” Melania said Monday evening. “Donald intends to represent all of the people- not just some of the people. That includes Christians and Jews and Muslims. It includes Hispanics and African-Americans and Asians, and the poor and the middle-class.”

Republican frontrunners – and their future First Ladies – often talk about being inclusive. However, they rarely pay attention to the interests of the nation’s largest minority: voters with disabilities.

People with disabilities constitute fully one-in-five of America’s population – more than 56 million Americans. With 20 percent of Americans self-identifying as a part of the disability community – and the majority of voters having a family member or close friend with a disability – it is in the best interest of candidate who wants to be elected president of the United States to seek out the votes of people with disabilities.

While a young woman with multiple disabilities delivered a moving Star Spangled Banner to open the first night’s session, there was no mention of disability throughout the rest of the night.

In the last cycle, the issue of disability very rarely came up as well. In fact, the word “disability” was hardly mentioned at town halls, debates and party conventions.

“2012 Republican presidential nominee Mitt Romney did not reach out to voters with disabilities at all, which became a contributing factor to his loss,” RespectAbility President Jennifer Laszlo Mizrahi said. “As Donald Trump and down ballot Republicans look toward the general election, reaching out to the disability community can mean the difference between winning or not.”

“This shows that swing voters with disabilities and their families are up for grabs,” Mizrahi added.

Many former Republican presidents indeed have capitalized on this opportunity to gain the support of the disability community. President Ronald Reagan worked to ensure that all Americans have the opportunity to achieve the American dream. Under his administration, the Americans with Disabilities Act (ADA) took its initial steps. President George H.W. Bush signed it into law. This act enabled millions of Americans with disabilities to have a hand up, not a hand out, as they were able to go into schools, civic institution, and the workforce to create a better future for themselves and their families.

However, despite the actions of his Republican predecessors, Trump has yet to acknowledge people with disabilities in his speeches, or complete RespectAbility’s #PwDsVote 2016 Campaign Questionnaire about disability rights and equal opportunity for all – a 16-point questionnaire that presumptive Democratic nominee Hillary Clinton has completed.

The RNC has three more days to go and the disability community is looking for their needs to be addressed during the remainder of the convention.

“One of the most critical issues in the disability community is access to jobs, which is the theme of Tuesday night,” Mizrahi said. “By discussing potential policy changes that could create jobs for people with disabilities, Trump could simultaneously save tax money, provide great talent for employers and enable people with disabilities to achieve dignity and financial benefits of work. A win-win-win for all sectors.”