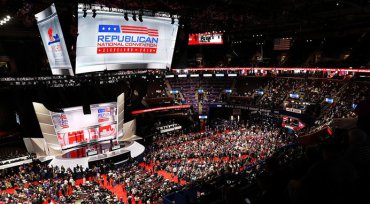 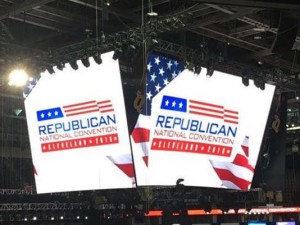 Cleveland, July 20 – Following Republican presidential nominee Donald Trump’s campaign slogan, “Make America Great Again,” last night’s theme of the Republican National Convention was “Make America Work Again.” A more appropriate title might have been “Make Some of America Work Again,” as the employment of people with disabilities was entirely ignored. In fact, much of the night’s speakers focused extensively on attacking presumptive Democratic presidential nominee Hillary Clinton, rather than talking about the headlining issue.

The only mentions of disability were through metaphorical exploitation, when LPGA golfer Natalie Gulbis referred to words “falling on deaf ears” and Speaker Paul Ryan referred to “empathy overtaking blindness and indifference.”

Trump made an appearance via video stream, yet he only mentioned jobs once, and unsurprisingly excluded people with disabilities.

While the disability community is the largest minority in America, a lot of the community’s agenda has not been addressed in the same way the agendas of other minorities and other interest groups have. Far too often, disability issues are not in the same conversation as race, sexual orientation or religion.

For example, in his speech, NRA Political Victory Fund Chair Chris Cox claimed the NRA fights for the rights of all Americans, “regardless of race, religion or sexual orientation.”

New Jersey Gov. Chris Christie described Trump as “a man who judges people based on their performance regardless of your gender, race, ethnic or religious background.”

Disability was notably, and unsurprisingly, excluded.

“Disability is an issue that is really still in the shadows,” Mizrahi said. “There’s so much stigma around disability that people don’t really talk about it publicly.”

In the last cycle, the issue of disability very rarely came up. Just like last night’s speeches, the word “disability” was hardly mentioned in the 2012 cycle of town halls, debates and campaign events. While this past year has seen an increase since last cycle, it’s still lacking in comparison to other minority groups.

Independents have the largest number of voters who say they have a disability, with 58 percent identifying as such or saying they have a family member or close friend with a disability.

“This shows that swing voters with disabilities and their families are up for grabs,” said Mizrahi.

Yet, the Republican Party continues to ignore this opportunity to engage an enormous voter base – America’s largest minority comprising one-in-five Americans.

This is despite the fact that historically, Republicans have been active in fighting for disability rights – especially when it comes to gaining independence. This week, the community celebrates the 26th anniversary of the bipartisan Americans with Disabilities Act (ADA), which never would have passed without the efforts of Republicans former Kansas Sen. Bob Dole and former Texas Rep. Steve Bartlett.

The ADA took its initial steps under President Ronald Reagan and President George H.W. Bush signed it into law. This act enabled millions of Americans with disabilities to have a hand up, not a hand out, as they were able to go into schools, civic institution and the workforce to create a better future for themselves and their families.

However, despite the actions of his Republican predecessors, Trump has yet to acknowledge people with disabilities in his speeches, or complete RespectAbility’s #PwDsVote 2016 Campaign Questionnaire about disability rights and equal opportunity for all – a 16-point questionnaire that presumptive Democratic nominee Hillary Clinton has completed. RespectAbility is nonpartisan and does not endorse candidates.

With only two days left, and hardly even a mention other than a young woman with multiple disabilities singing a moving Star Spangled Banner to open the first night’s session, the disability community is looking at being completely left out of the conversation at the largest Republican political event of the year.