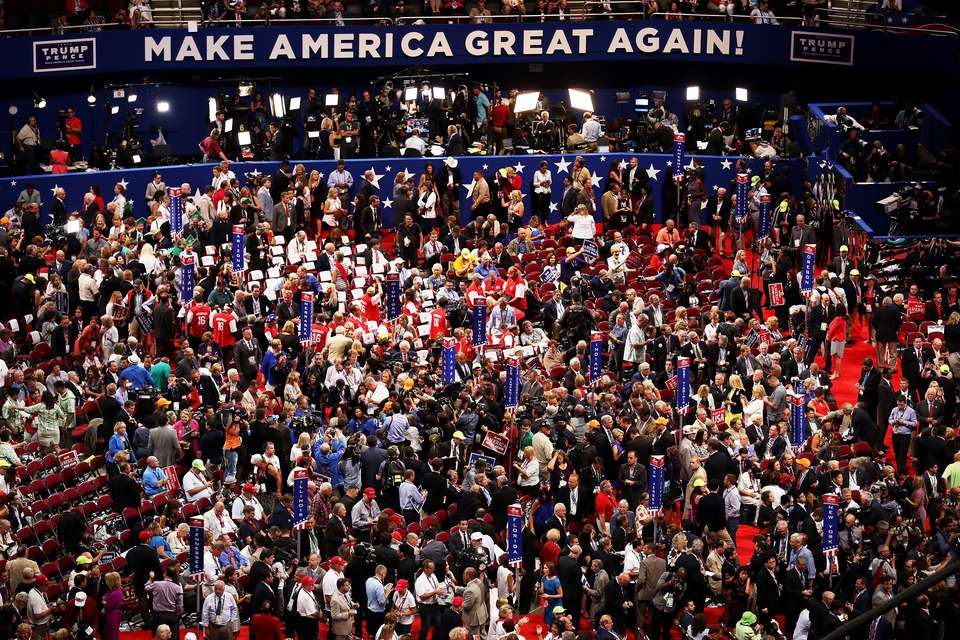 How do Convention Goers at the RNC with Disabilities Feel about Trump and Republican Party? 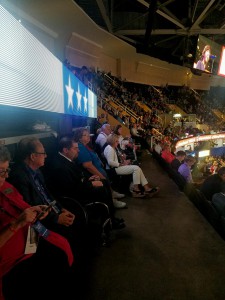 Note: RespectAbility, a nonpartisan nonprofit, is attending both conventions. We sought out attendees with disabilities to hear their thoughts about the convention. In this piece, we take a look at their opinions about Republican nominee Donald Trump, the Republican Party as a whole and the policies they would like to see in the future.

Cleveland, July 21 – As the Republican National Convention comes to a close tonight, disability remains a little discussed issue. With just a statement by Eric Trump that his father is running for “families with special needs children,” the word disability was not mentioned a single time throughout the entire convention on the main stage.

However, three individuals with disabilities did participate during primetime: Marlana VanHoose, who is blind and has cerebral palsy, blew away the convention with her moving performance of the National Anthem on Monday night; Margo Hudson, a woman with a learning disability, recited the Pledge of Allegiance Wednesday night; and Brock Mealer, who had a spinal cord injury, spoke Thursday night.

One in five Americans has a disability. Therefore, there should be no surprise that some of the delegates attending the convention have disabilities. Several of the delegates we spoke to were originally Ted Cruz supporters, but came to support Trump as the party nominee.

“I’m not really a Trump supporter, I’m a Ted Cruz lady, but I’m also a Republican,” said Kay Durdan of Florida. “I’m a life long Republican, and so if Trump is our man I will back him and stand with him.”

Dale Crafts of Massachusetts came to a similar conclusion.

“I’m a Ted Cruz supporter. Ted Cruz did not win. Trump won. And so I’m going to do all I can to get him elected. It’s taken me a while to get on board, but I think he’s the only choice I have right now.”

When asked about Trump’s stances on disability, reactions ranged from excited to lukewarm.

“The one thing coming from New York, he respects disabilities,” said Amanda Downing of Louisiana. “Every single building, he was one of the first people to recognize that people with disabilities need help. He corrected a failing ice skating rink; it was all disability accessible. He is very, very respectful of disabilities.”

Lonnie LuAnderson of Oklahoma also was optimistic about changes Trump could make for people with disabilities.

“They’re willing to give more money and more accommodations for people that don’t live here in America that aren’t U.S. citizens, and that’s gotta change,” she said of Democrats. “And with Trump I think that will change. I know with Hillary it won’t. We don’t really know what Trump’s gonna do. Well, he’s not a politician, which is good.”

Mark McKinnon, founder of the bipartisan center No Labels and media advisor to President George W. Bush responded to the question of whether Trump could lead the charge to create opportunity and eliminate barriers for people with disabilities.

“In theory yes, he’s gotta walk the walk, when he talks the talk,” he mused.

“As far as disabilities, I just want him to do the right thing.”

Trump has yet to complete RespectAbility’s #PwDsVote 2016 Campaign Questionnaire about disability rights and equal opportunity for all – a 16-point questionnaire that presumptive Democratic nominee Hillary Clinton has completed. RespectAbility is nonpartisan and does not endorse candidates.

Trump, has not provided clear policy stances on disability issues. His positions page does not provide a jobs plan for people with disabilities.

Convention goers seemed enthusiastic about what the Republican party could do for people with disabilities.

“I think that the Republican Party’s message is to create freedom and opportunity for everybody, and that should include everybody in the disability community,” stated McKinnon. “I have a brother who is paralyzed in a wheelchair when we were teenagers, we had to fight the school board to even let him back into public school where he was hurt. So I have a lot of sympathy and understanding for the fights that people with disabilities face. So if the Republican Party is true to its word, as you create opportunity, you eliminate barriers for everybody.”

Duran agreed. “They have offered us the fact they are compassionate and kind and they’re interested. If there’s anything they can do for an American, whether they’re disabled or not, they are ready to do it.”

Dale Crafts of Maine is a wheelchair user and a member of the Maine State legislation.

LuAnderson firmly believes that the country and the Republican Party need to step up their support of disabled veterans.

“There’s so many of them that have been disabled because of them giving their life or sacrificing their bodies for us, and I mean, America, or the government, has done a great disservice to our veterans. It’s really sad. And I think that we’ve got to change our leader, that’s going to help.”