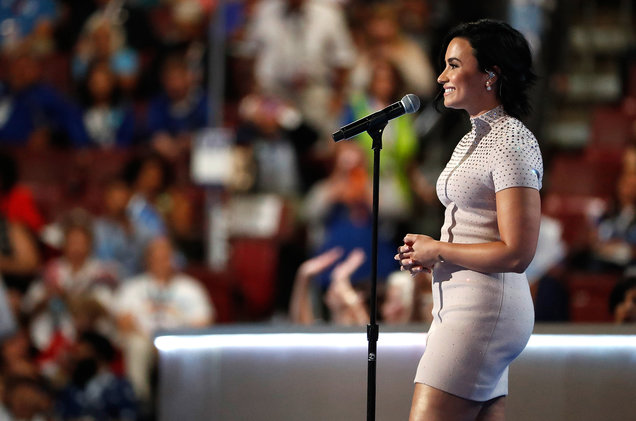 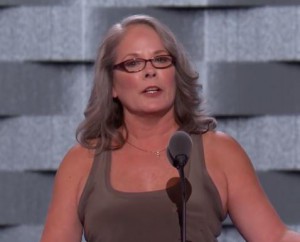 Livengood, a Keene, New Hampshire resident whose daughter became addicted to pain medication following the birth of her son, Francis, articulated to the audience that “[addiction] does not discriminate against age, race, gender or income. It affects all of us.”

Facing the possibility of her grandson being turned over to child services, Livengood and her husband – who is on disability – decided to raise Francis until his parents were able to receive the treatment they needed to recover.

Livengood portrayed an image of mental illness that counters the caricature so commonly ensconced in film and the media. Drug addicts are military personnel, lawyers, doctors, small business owners—and parents, like Livengood’s daughter.

“As I told my story, Hillary listened,” she said of meeting Clinton in New Hampshire earlier this year. “She did something else we don’t see a lot of in Washington; she came up with a plan. One that includes everything from reducing overdoses to expanding access to treatment.”

Livengood’s emphasis on availability for mental health resources for all – regardless of demographic factors – is one that is familiar to many.

“Like millions of Americans, I am living with mental illness,” said Demi Lovato, popular singer-songwriter and mental health advocate. “But I am lucky. I had the resources and support to get treatment at a top facility. Unfortunately, too many Americans from all walks of life don’t get help, whether they fear the stigma or cannot afford treatment.”

Lovato has struggled with eating disorders, substance abuse and bi-polar disorder. She is involved in Be Vocal, an organization that works to reduce the stigma of mental health.

Unfair stigmatizations of people with drug addiction or mental illness – both forms of disability according to the Americans with Disabilities Act – must end. Not only does shaming these groups encourage self-imposed barriers to employment, maintaining a family and other important parts of life, but it also isolates over 43.6 million Americans ages 18 and up – that’s more than 18 percent of our country.

“This is not something we can just brush under the rug,” said Clinton in her that video aired at the DNC last night. “We need to drag it out of the shadows, we need to hold it up to the light. Everyone should feel like they are valued, like they are cared about.”

Although people with disabilities were largely absent from previous conventions, this year’s DNC is bucking that trend. Nevertheless, little was mentioned in regard to real policy issues affecting people with disabilities. Today is the 26th anniversary of the Americans with Disabilities Act and this afternoon, the convention is planning a celebration featuring Sen. Tom Harkin where there is a possibility for real policy discussion.