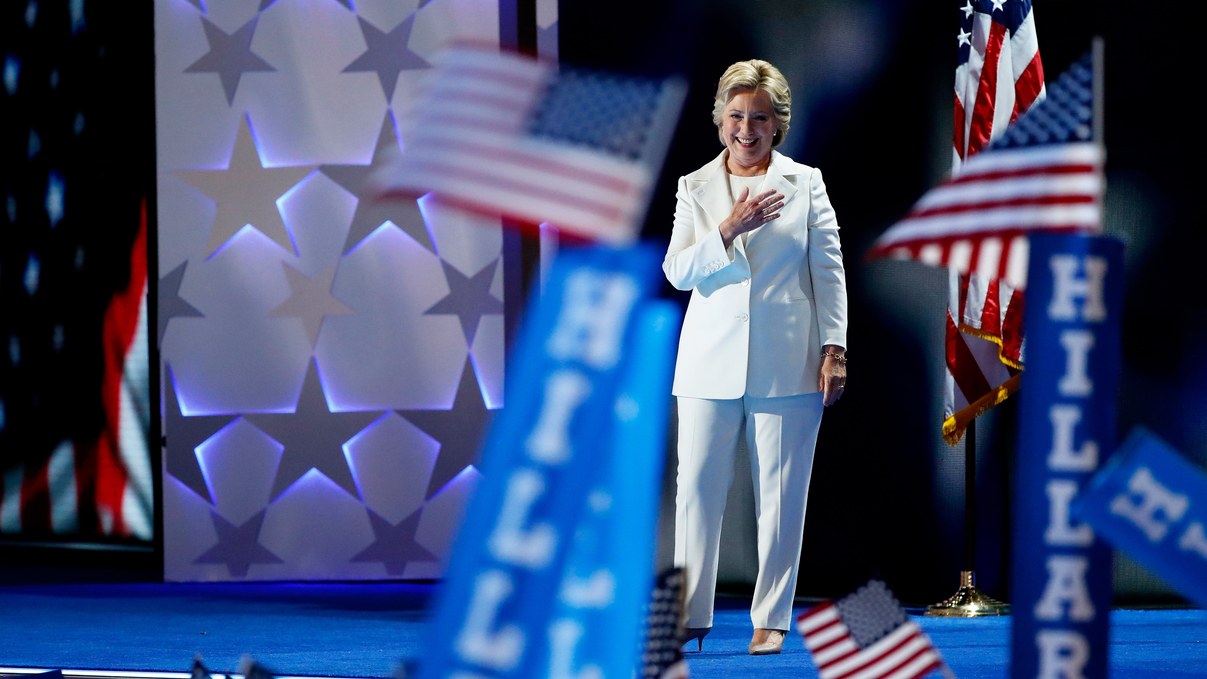 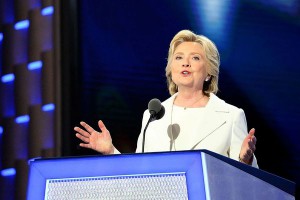 Philadelphia, July 30 — When Hillary Clinton took to the stage the final night of the Democratic National Convention, several disability activists had one question – will she include people with disabilities in a meaningful way in her speech?

The convention already had touched on disability issues – from Anastasia Somoza, a young woman with cerebral palsy delivering a speech Monday, and Sen. Tom Harkin highlighting the anniversary of the Americans with Disabilities Act on Tuesday to discussions on mental illness and drug addiction and speakers such as Rep. Gabby Giffords and Rep. Tammy Duckworth addressing the convention.

Clinton spoke at length about her early exposure to people with intellectual and developmental disabilities while working with the Children’s Defense Fund, “going door to door…on behalf of children with disabilities who were denied the chance to go to school.”

While she has touted her work with the Children’s Defense Fund on countless occasions, Clinton went further this time.

“I remember meeting a young girl in a wheelchair on the small back porch of her house. She told me how badly she wanted to go to school – it just didn’t seem possible.”

The emphasis here was on the child with the disability, not a parent or another surrogate – something very important to the disability community.

“It’s a big idea, isn’t it? Every kid with a disability has the right to go to school!” Clinton added, to loud applause.

Clinton also gave a shout out to Somoza, who spoke three days prior, to give a face to her efforts. On Monday, Somoza declared, “[Hillary Clinton] knows that when we support access to education and employment opportunities for absolutely everyone, more of us will be able to live happy, independent lives and to promote, build, and contribute to this great country.”

By putting a focus on education, people with disabilities are able to achieve the skills necessary to help themselves instead of relying solely on government assistance.

“Simply caring is not enough,” Clinton added. “To drive real progress, you have to change both hearts and laws. You need understanding and action.”

Both the DNC and Clinton made history this month by recognizing and empowering the largest minority in the United States – people with disabilities.

According to word searches compiled by The New York Times, the word disability barely even registered on the word clouds during the 2012 conventions by either party. But that has changed with the 2016 cycle.

While Clinton has this history of helping children with disabilities have the opportunity to go to school, her 2016 presidential campaign did not make disability outreach a priority until last winter.

Since then, Clinton completed RespectAbility’s #PwDsVote 2016 Campaign Questionnaire about disability rights and equal opportunity for all – a 16-point questionnaire that Republican nominee Donald Trump has yet to complete. RespectAbility is nonpartisan and does not endorse candidates.

In addition, volunteer-based organizations like Disability Action for Hillary, a group with more than 40,000 members, and People with Disabilities for Hillary have formed with Clinton supporters fundraising, organizing and building a coalition of people with disabilities for Clinton.

“Our goal is to get as many people all over the country involved with the campaign,” former California Rep. Tony Coelho said at a disability council meeting held Monday of the convention. “It is important for our community that everyone knows that we are committed, we are involved and we can make a difference in this election.”

“We will reform our criminal justice system from end to end and rebuild trust between law enforcement and the communities they serve,” Clinton said later in the speech. “And, we will defend all our rights: civil rights, human rights, and voting rights, women’s rights, and worker’s rights, LGBT rights and the rights of people with disabilities.”