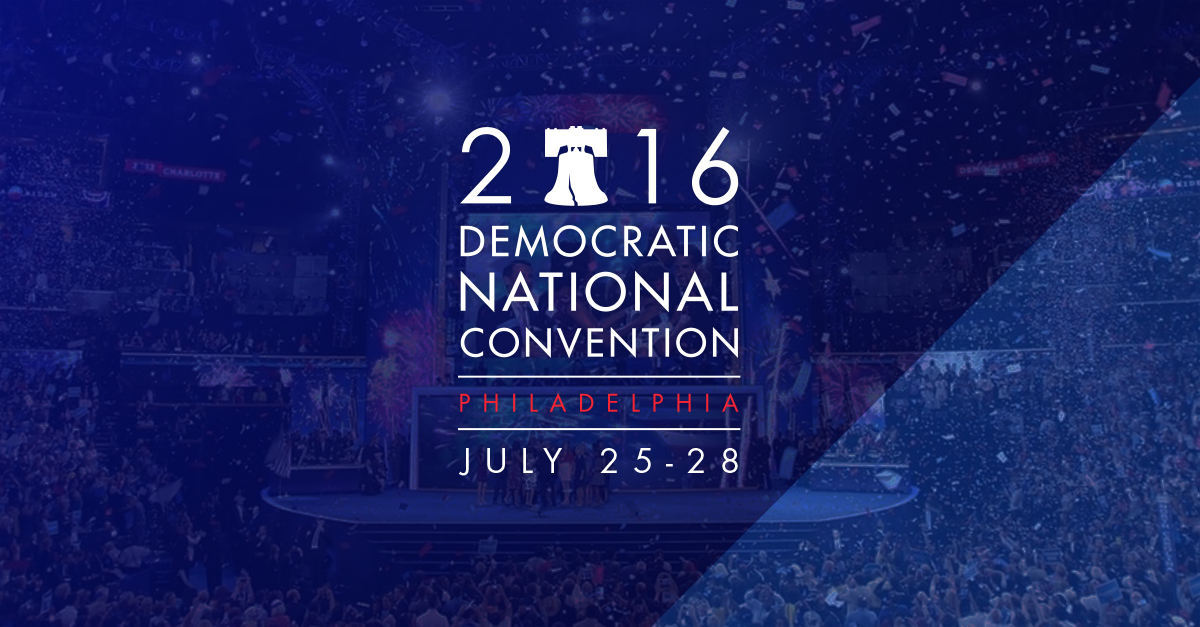 Updated DNC Platform Most Inclusive of People with Disabilities Ever

Philadelphia, July 29 – As the Democratic National Convention comes to a close, the disability community is celebrating a victory in the final DNC platform as important additions were added in the eleventh hour.

“This platform incorporates our community, our values, our issues and aspirations like never before,” stated Disability Action for Hillary, a volunteer group of people with disabilities working to elect Clinton to the presidency. “With over 30 distinct mentions of disability, ensuring the rights and opportunities of people with disabilities has moved from a section of the platform to a pervasive value infusing it.”

The platform now has 35 mentions of disability, up from 17 in a draft earlier this month.

“That has NEVER happened before by either party,” disability advocate and former Rep. Tony Coelho said. “We are very appreciative of the Platform Committee working with us to get this done.”

Coelho, who serves as a board member for RespectAbility, also said, “that’s exciting for our community that the campaign and the DNC are so willing to address our needs and our concerns so we can participate in the convention just like everybody else.”

As we reported earlier this month, the draft of the platform already was an improvement over previous years. People with disabilities were included in numerous sections, from employment, minimum wage and housing to technology, education and voting rights – and not just segregated in its own section.

Fully one out of five voters have a disability, and 52 percent of likely voters have a loved one with a disability. While the disability community is the largest minority in America, a lot of the community’s agenda has not been met in a way similar to how other minorities and other interest groups have been able to reach some attainable goals.

According to word searches compiled by The New York Times, the word disability barely even registered on the word clouds during the 2012 conventions by either party. The word “disability” hardly was mentioned at town halls or debates. But that has changed with the 2016 cycle.

“Disability is an issue that is really still in the shadows,” RespectAbility President Jennifer Laszlo Mizrahi said. “There’s so much stigma around disability that people don’t really talk about it publicly. I am especially pleased to see that employment for people with disabilities made it into both the Democratic platform and the Republican platform.”

The biggest change from the draft to the final platform was the addition of community integration, which was added on Friday, July 22 after successful lobbying by many members of ADAPT.

The Disability Integration Act, which has been supported by many disability rights groups but pushed the most via ADAPT, a national grassroots group, would ensure that people in need of long-term services and supports such as personal care attendants can receive these services while living at home or in the community instead of in an institutionalized setting if they wish to do so. It was introduced into the Senate by Democrat Sen. Charles Schumer (N.Y.) on Dec. 18, 2015 and into the House of Representatives by Republican Christopher Gibson (N.Y.) on July 8. Hillary Clinton affirmed support for the act in April.

While the platform still doesn’t mention the DIA specifically, it now includes wording and sentiment that support the act:

“We will protect and expand the right of Americans with disabilities to get the accommodations and support they need to live in integrated community settings … Programs that emphasize independence rather than institutionalization must be better structured to support them. Democrats will take steps to strengthen and expand the home care workforce, give seniors and people with disabilities access to quality, affordable long-term care, services, and supports, and ensure that all of these resources are readily available at home or in the community.”

The Republican platform did not explicitly mention the DIA but did strongly support the Americans with Disabilities Act (ADA), specifically mentioning the importance of employment of people with disabilities.

Likewise, the DNC platform includes a reaffirmation of the ADA and the need to “improve access to meaningful and gainful employment for people with disabilities.”

In another new addition, the platform specifically includes creating jobs for America’s youth:

“Democrats will make investments to spur the creation of millions of jobs for our young people. Roughly one in ten Americans between the ages of 16 and 24 is unemployed, more than twice the national average. The unemployment rates for African American, Latino, Asian American and Pacific Islander (AAPI), and American Indian teenagers and youth with disabilities are far too high. That is why Democrats will provide direct federal funding for a range of local programs that will put young people to work and create new career opportunities.”

“America has 1.2 million youth with disabilities between the ages of 16 and 20.” Mizrahi said. “Each year 300,000 of them age into what should be the workforce, but stigmas and lack of knowledge about the capabilities of people with disabilities means that most do not find employers willing to hire them. They have high expectations of finding work and deserve the opportunity to achieve the American dream.”

“With an appropriate educational foundation, children with disabilities can thrive and become adults with greater opportunities and more meaningful life experiences,” the platform reads. “We will end the school-to-prison pipeline by opposing discipline policies which disproportionately affect … students with disabilities.”

Fellows and staff members representing RespectAbility, a nonprofit, nonpartisan organization working to enable people with disabilities to have a better life, spent months on the campaign trail in the early primary states engaging candidates on both sides of the aisle on a variety of disability issues and asking candidates to complete the #PwDsVote 2016 Presidential Campaign Questionnaire. Many of the questions asked are similar in topic to the places where the platform incorporates disability.

The questionnaire was distributed to all the presidential candidates in January. While Hillary Clinton‘s campaign responded in full, Donald Trump’s campaign has yet to respond. RespectAbility just launched a similar nonpartisan campaign questionnaire for Senate and gubernatorial races. More information can be found HERE.

Numerous other initiatives around the country also have been created in addition to RespectAbility’s outreach, including: #CripTheVote, a nonpartisan campaign to engage both voters and politicians in a productive discussion about disability issues in the United States, with the hope that disability takes on greater prominence within the American political landscape; and the American Association of People with Disabilities’ REV UP (Register, Educate, Vote and Use your Power) campaign, among others.

RespectAbility is holding a free national training seminar on “Campaign 2016 and People with Disabilities: Enabling Access and Opportunities for All” on August 8th in Washington, D.C. To sign up go HERE.