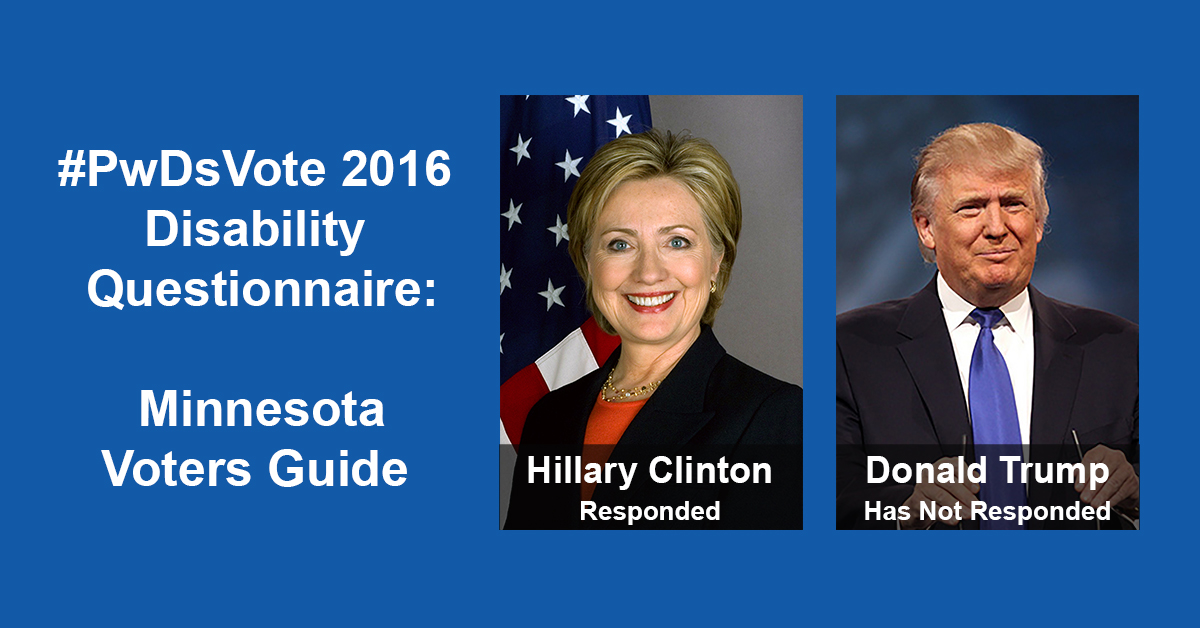 Washington, Oct. 14 – As voters get ready to head to the polls in Minnesota, RespectAbility is releasing its Minnesota Disability Voter Guide for the upcoming presidential election. Democrat Hillary Clinton has completed the #PwDsVote Disability Campaign Questionnaire, but Republican Donald Trump has yet to do so.

The state plan already does an incredible job addressing issues such as the accessibility of the workforce system, collaborating on pre-employment transition services and building partnerships between workforce boards and vocational rehabilitation. Where further improvements can be made are in those areas where the disability lens is lacking.

These efforts, combined with the continued strategic opportunities offered by WIOA, mean that Minnesota can invest heavily into improving the competitive, integrated employment outcomes for its citizens with disabilities. There remains a staggering 38.5 percentage point gap in the labor force participation rates (LFPR) between people with and without disabilities in Minnesota. This gap will not be closed unless resources are committed to best practices and cost-effective models.