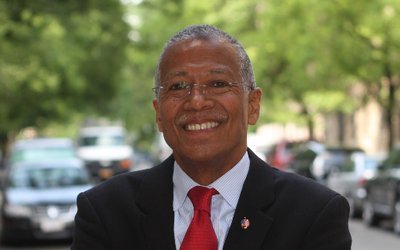 New York City, Oct. 26 – Responding today to a questionnaire by the disability advocacy group RespectAbility, Robert Jackson, longtime former City Council Member who is running for New York State Senate District 31, outlined his views on education, employment and stigma for the 948,000 people with disabilities living in New York City. That includes people who are blind or deaf or have other visible conditions such as spinal cord injuries, as well as people with invisible disabilities including learning disabilities, mental health or Autism.

RespectAbility reached out to Jackson’s opponent, first-term incumbent Marisol Alcantara, as well, but received no response, according to the organization’s President, Jennifer Laszlo Mizrahi.

The full text of RespectAbility’s questions and Jackson’s replies follows: