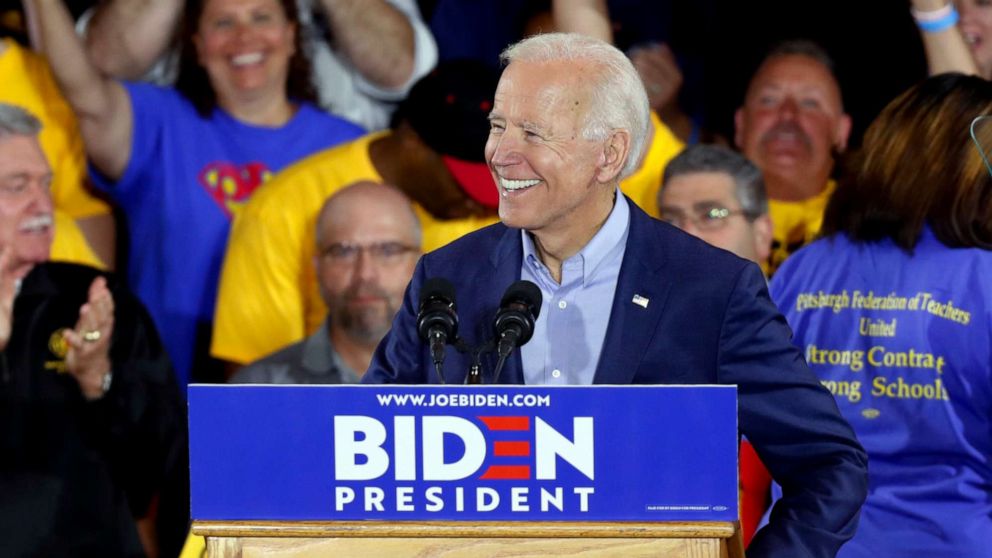 Joe Biden Runs for President to Bring a Democracy That Serves Everyone, Including People with Disabilities

Washington, D.C., May 4 – When former Vice President Joe Biden threw his hat into the race for President of the United States, he became the 20th Democratic candidate to run for president in the 2020 election. He immediately led in most national and early primary state polls.

When analyzing polls, it is integral to identify the participants’ demographics and determine where the candidate stands with swing voters. One important group of swing voters are people with disabilities, who comprise 20 percent of our country’s population. And more than half of Americans have a loved one with a disability. A recent survey shows that fully three-quarters of likely voters either have a disability themselves or have a family member or a close friend with disabilities. Thus, if Biden hopes to continue to lead in the polls, he must represent all Americans, especially those with disabilities.

Biden Considers His Disability a Gift from God

Biden is a person with a disability. Throughout his childhood and into his twenties, he had a stutter. He never received professional therapy. Instead, a couple of nuns taught him to put a tune to his speech, leading him to spend a great deal of time reading poetry by Emerson and Yates. In 2011, Biden wrote an essay for People Magazine on his experience with stuttering, where he remembered that he “got nailed in Latin class with the nickname Joe Impedimenta.” He wrote, “You get so desperate, you’re so embarrassed.”

This disability shaped the man and politician he ultimately became. Today, he views the speech impediment as a blessing. At a 25th anniversary gala for The Lab School of Washington, Biden told the audience, “God’s gift to me was my stuttering. Time and time again, my parents taught me that being different is no barrier to success. And the measure of a man isn’t how often he is knocked down but how quickly he gets up.”

In total, Biden introduced 42 bills to Congress and cosponsored many more that were ultimately enacted into law. Many of these laws are dedicated to providing equal rights to people with disabilities, including the landmark Individuals with Disabilities Education Act (IDEA), Americans with Disabilities Act (ADA) and the ADA Amendments Act (ADAAA). Below is a non-inclusive list of his legislative record on disability:

As Vice President, Biden Kept His Promises to the Disability Community

When President. Barack Obama and Biden campaigned for their presidency and vice presidency in 2008, they made an extensive list of promises to Americans with disabilities. Impressively, they managed to keep many of these pledges. While they were unsuccessful in achieving several of their goals, it often was due to a lack of support in the Senate. Most notably, Obama and Biden were unable to convince Congress to vote for the U.S. ratification of the U.N. Convention on the Rights of Persons with Disabilities. Nevertheless, the following is a non-inclusive list of Biden’s most significant achievements for the disability community as the Vice President:

Biden released a powerful announcement video where he stressed that “we’re in a battle for the soul of America.” He discussed the racial tensions rising in our country and the critical need for a change in the White House. Most versions of the video, including on his campaign YouTube page, include some form of accurate captioning. Biden released a Spanish speaking video as well, which also included accurate captioning in Spanish and English, with Spanish subtitles.  However, Biden did not mention or depict people with disabilities in his early videos which focused on what happened in Charlottesville.

Nevertheless, Biden did mention the word disability on his campaign website. His campaign is grounded on the idea that “we’ve got to make sure our democracy includes everyone.” And he follows through on that idea by writing, “We need to rebuild the middle class, and this time make sure everybody—regardless of race, gender, religion, sexual orientation, or disability—gets a fair shot.”

But his website does not depict a single image of a person with a visible disability, among a variety of images depicting various racial minorities. And when discussing specific issues, like employment, criminal justice and voting rights, Biden mentions connections to race, gender and sexual orientation, but fails to show the connection to disability. These issues are very relevant to the disability community which is disproportionally impacted by each of them.

Voter research, conducted by RespectAbility, shows how disability issues connect to all aspects of American life. “Candidates for office ignore the disability community at their peril,” said former U.S. Representative and Dallas Mayor Steve Bartlett. Bartlett, who was a primary author of the Americans With Disabilities Act of 1990, is the chairman of RespectAbility. “People with disabilities are politically active swing voters, and candidates should take note of the important issues they care about.”

Biden’s personal life and record clearly demonstrate that he is dedicated to ensuring equal rights and opportunities for people with disabilities. But his presidential campaign, which has only just begun, still has some work to do to catch up to the man behind the campaign. If Biden remembers that diversity cannot exist without disability, he could capture 74 percent of the vote that has a personal connection to disability and truly make sure our democracy includes everyone.