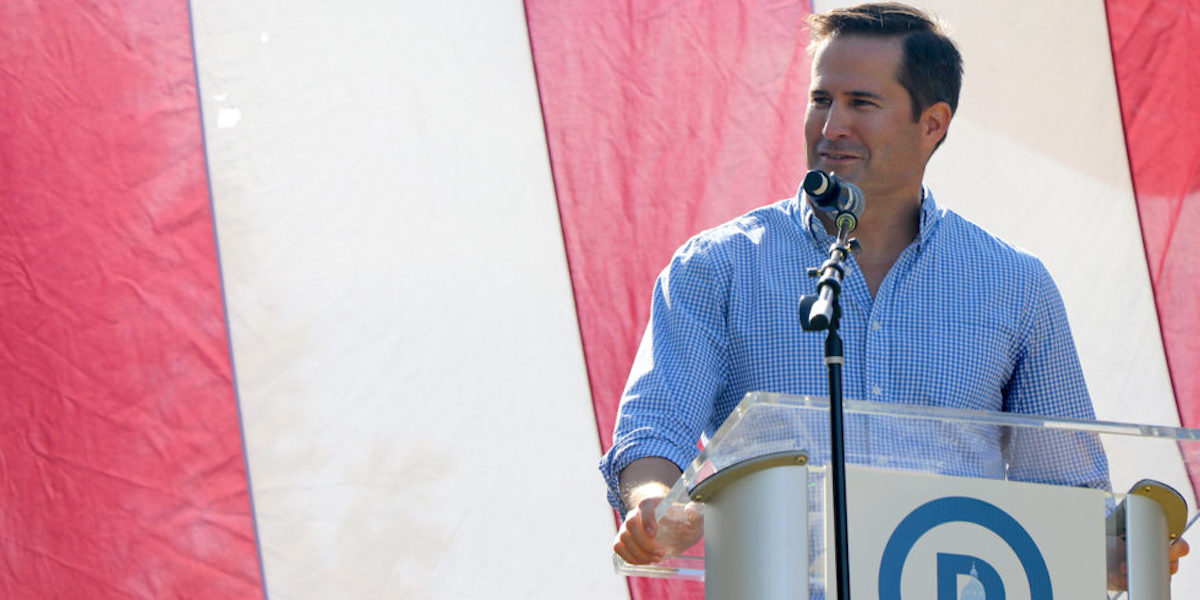 “After I got back from the war, there were times when I woke up with cold sweats, when I had flashbacks, bad dreams,” Rep. Moulton said during an interview with CNN There were times that I couldn’t get through the day without thinking of the experiences that I went through.”

Moulton talked about a particular situation that happened when he was in Iraq that is still stuck with him.

“The Marines just a few hundred yards ahead of us shot up some cars and buses that they thought were full of enemy troops. But at least one car was an Iraqi family, just fleeing the violence. There is a boy, probably about five years old, lying in the middle of the road, wounded and writhing in pain. At that moment, I made one of the most difficult decisions of my entire life, which was to drive around that boy and keep pressing the attack because the stop would have stopped the entire battalion’s advance. It would have endangered the lives of dozens, if not hundreds, of Marines.”

“I couldn’t get through a day without thinking about that 5-year-old boy, leaving him in the middle of the road,” he continued. “I’ll remember his face until the day that I die.”

Due to stigmas surrounding mental health, Rep. Moulton hesitated at first to even bring the topic up in his campaign.

“I’m someone who talks a lot about the importance of courage, value of courage in our politics,” he said. “And I admit this is a place where I did not have the courage to share my own story. I was afraid of facing the political consequences.”

As reported by Cornell University’s Disability Statistics, 26.3 percent of veterans from ages 21 to 65 disclosed they had a service-connected disability, which stems directly from any injury or disease that happens during that person’s military service, in 2017. Yet it is likely there is still a bigger population of veterans who have not yet disclosed.

Resources with Veterans with Disabilities

Although there are resources for veterans with disabilities out there, that is not enough. Moulton wants to have a clear plan for active-duty military and veterans to have frequent check-ups, specifically for mental-health.

“My story is one of success, I got help for it,” he said. “I decided to go talk to someone, to see a therapist, and now those issues are under control. Now I control when I want to think about these things there still very emotional, and they’ll stay with me the rest of my life, but I have a handle on them.”

Rep. Moulton wants to make these check-ups part of the routine, like a physical. He also wishes to increase the Defense Department’s budget to hire more mental health professionals, while having the remaining amount be kept toward generally helping people with mental health disabilities. There already has been a 117 percent increase in service-connected disabilities since 1990 for veterans, as reported by the U.S. Department of Veteran Affairs.

Rep. Moulton made it clear that there are other populations of people with mental health disabilities, and he does not want people to forget about them. In thinking of school shootings and generalized mental health disabilities as well, he wants to fund yearly mental health screenings in high schools across the country. He proposed the creation of a Mental Health Hotline to reach all people, no matter their race, disability, ethnicity, gender, age, military status, sexuality, health insurance status, or living area. As politicians and others come forward to talk about their mental health, they break down the stigmas, hopefully leading to more people not only seeking help but also being more accepting, understanding and willing to educate themselves about these disabilities.