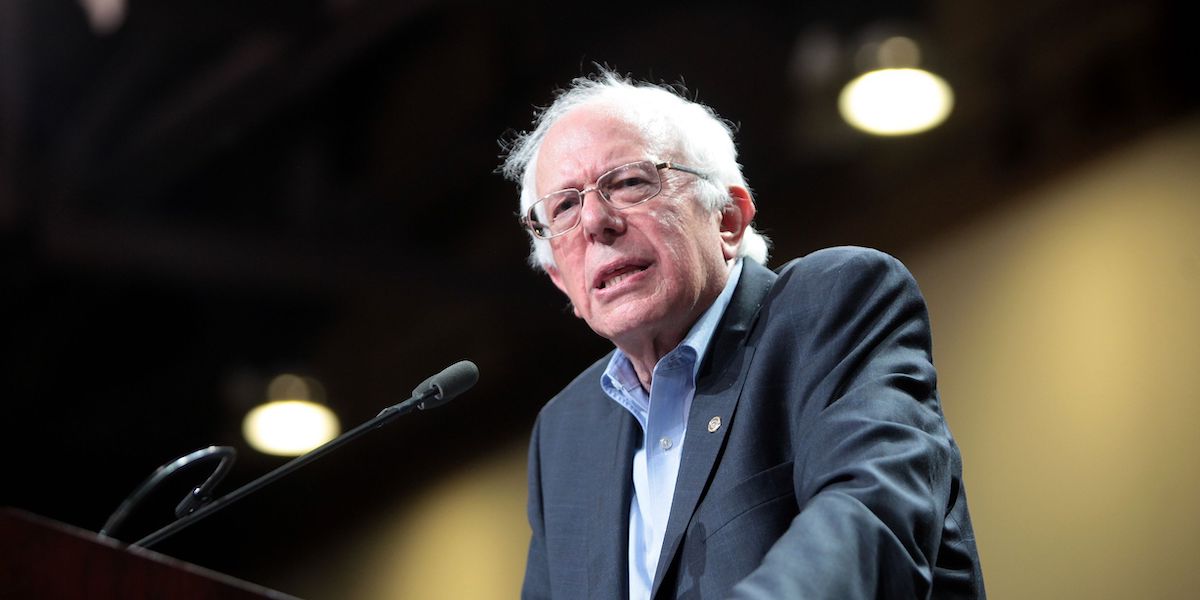 Sen. Sanders Pledges to “Champion Expanding the Rights of People with Disabilities”

It also is important to note that people with disabilities are included on his page outlining his commitment to diversity, equity and inclusion. One of his organizational priorities, for example, is “Increasing engagement of communities of color, women, those with disabilities, and all people historically shut out of electoral and caucus processes.”

This is important because people with disabilities comprise 20 percent of our country’s population (25 percent of all adults in America), and more than half of Americans have a loved one with a disability. A recent survey shows that fully three-quarters of likely voters either have a disability themselves or have a family member or a close friend with disabilities.

Unfortunately, however, some of the Sanders campaign materials are not accessible. For a presidential campaign to be fully inclusive of people with disabilities, it needs to meet the following requirements: (1) offer captioning with every video it shares or produces, (2) mention people with disabilities and their issues, (3) depict people with visible disabilities in its media, (4) reach out to the disability community, and (5) provide accessible campaign events and website. Sanders’ campaign has met some of these requirements, but his campaign has plenty of room to improve.

Sanders’ official YouTube page has some videos that include open captions, but many videos on the page, including his announcement video, rely on YouTube’s automatic captioning, which often will contain errors. Without accurate captions on all video content, people who are deaf or hard of hearing are being left out of the campaign.

Additionally, infographics on Sanders’ Facebook and Instagram profiles do not have descriptive alternative text. His website does not have alt text on photos. This means that Sanders’ message is not fully accessible to people who use screen readers.

When Sen. Sanders ran in 2016, he was the first candidate to complete a questionnaire issued by the disabilities advocacy group RespectAbility, outlining his views on training and hiring people with disabilities. Read his responses in full here.

In his response, Sanders wrote that over the course of his career, he has “championed issues affecting people with disabilities.”

“The ADA was a major step forward for the American people,” he continued. “Our job now is to not just to protect that landmark law, but to expand and strengthen it.”

In 2008, Sen. Sanders cosponsored the ADA Amendments Act of 2008. “The legislation would modify findings in the ADA that have been used by courts to narrowly interpret what constitutes a disability and lowers the burden of proving that one is ‘disabled enough’ to qualify for coverage,” he wrote.

Sanders’s signature policy proposal is Medicare for All, which obviously affects people with disabilities. Sanders said in 2016:

“Instead of slashing Medicaid and privatizing Medicare, I believe the United States must join every other major nation on earth and recognize that health care is a right of citizenship for every American, regardless of age. That’s why I am fighting for a Medicare-for-all single-payer health care plan for every man, woman, and child in this country.”

On employment for people with disabilities, Sanders wrote: “In the year 2016, it is unacceptable that more than 80 percent of adults with disabilities are unemployed. We need to fully fund the Individuals with Disabilities Education Act (IDEA) and vocational education programs…I strongly believe we need to promote the talent of [disability] business leaders and foster the success of a new generation of entrepreneurs to expand the economy and create millions of new jobs.”

Ensuring Independence for People with Disabilities 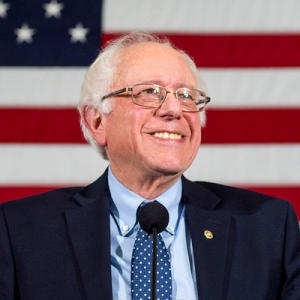 In April 2016, Sen. Sanders signed on as a cosponsor of the Disability Integration Act, which was first introduced in the Senate in December 2015 by Sen. Chuck Schumer (D-NY). He also is an original cosponsor of the Disability Integration Act of 2019. The DIA will ensure that people in need of long-term services and supports such as personal care attendants can receive these services while living at home or in the community instead of in an institutionalized setting if they wish to do so. Many people with disabilities require assistance with activities of daily living such as showering, toileting and dressing. Long-term care coverage permits them to live independently in their own communities. Studies have shown that it is more cost effective to do so than to live in institutionalized settings such as nursing homes where people with disabilities can no longer participate and contribute to society by working and paying taxes.

Sen. Sanders also has made statements calling for the end of subminimum wages for people with disabilities. “This campaign is about building on these successes so that everyone in this country can enjoy the dignity and basic economic security that comes from a living wage, no matter what state they live in,” Sanders said in a 2016 statement as Gov. Andrew Cuomo and Gov. Jerry Brown signed legislation to raise the minimum wage to $15 per hour in New York and California respectively. “That includes ending the subminimum wage for tipped workers and persons with disabilities.”

In his response to the 2016 disability questionnaire, Sen. Sanders had expressed his support for competitive integrated employment and limiting the use of the subminimum wage as part of his support of the Workforce Investment and Opportunity Act.

Both the DIA and the subminimum wage issue are important to the disability community and affect individuals with disabilities’ ability to obtain competitive, integrated employment and living an independent life – achieving the American Dream.

As the 2020 campaign begins, Sen. Sanders is one of the frontrunners for the nomination. He consistently has polled in the top 3 candidates.